I tend to focus more on the old city center of Utrecht, since that’s where I live, but occasionally I venture outside the binnenstad. Looking for some new scenery, I took a walk last month over to the western side of town and the neighborhood of Lombok, which is just outside the center, next to the train station. I was specifically interested in seeing more of the new mosque that is under construction. I’d seen the minarets rising up into the sky while in the area last summer and was curious to see the full building. (That’s the view from a section of the bicycle parking by the train station, by the way. It’s only a small fraction. I’ll show you more in another post.) 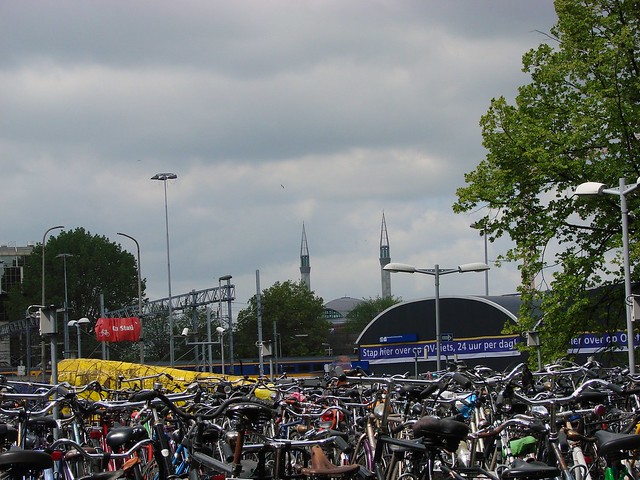 The minarets are visible from parts of the main road that runs through the center of town, but the mosque is located further out, past the train station, bicycle parking, and a few overpasses/bike tunnels. After navigating the construction and detours where the old city ring canal is being put back in (after about four decades as a road), we finally made it to the mosque.

The Ulu Mosque project began in 2010 and was designed by Önen Architects. It should be finished this year. There are obviously many smaller, traditional buildings in the area, but there are also many other large, modern buildings, such as hotels, office buildings and more, so it’s not necessarily out of place stylistically. In fact, the red brick color was intentionally chosen to refer to the traditional Dutch brick used so extensively throughout the country. The mosque is just one part of an overall renewal of that part of Lombok. (Although not all of the renewal is appreciated or supported, but that’s also a topic for another post.)

The mosque was built to serve the Dutch/Turkish population, although it’s open to everyone. One of the stated goals is to encourage conversation and perhaps better understanding. Not such a bad thing to aim for. 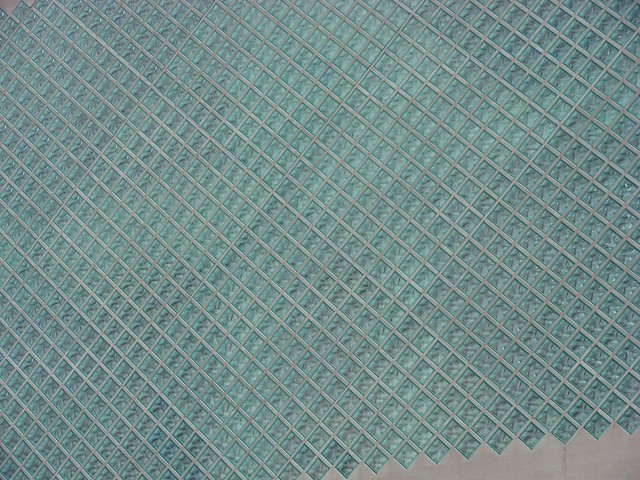 13 thoughts on “The Ulu Mosque in Utrecht”