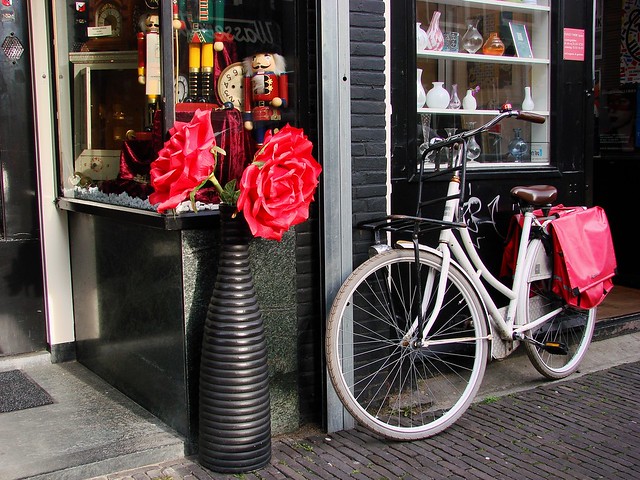 Invader Stu left a comment for me today on how difficult it must be to take a photo in the Netherlands without at least one bicycle getting into shot. It’s a conversation I’ve had with others, as well. Certainly when it comes to city photos, it is nearly impossible to get a street-level shot without at least one (or many more) bicycles in view.

Fortunately, bicycles add a certain charm to most photos and settings. Sometimes they even complement a scene, such as the red fietstas (bicycle bag) in this photo that pairs well with the red of the flowers. I find it best to embrace the bicycle and try to make it a part of the photo, rather than awkwardly trying to block it from the shot. Give in! Embrace our bicycle overlords!

6 thoughts on “The Ubiquitous Bicycle”