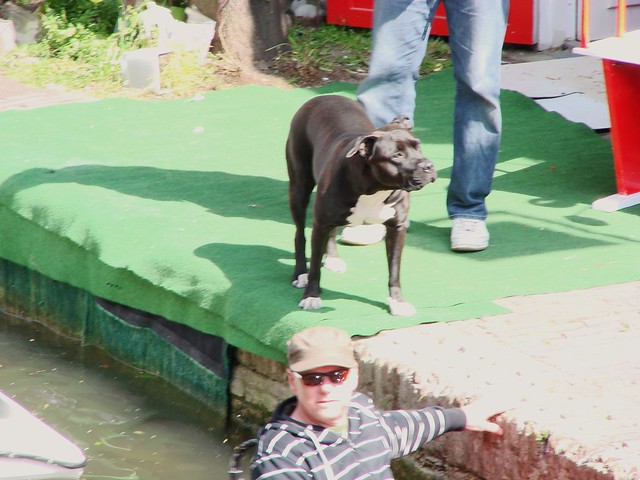 On King’s Day, as we were passing by the Oudegracht, my eye was caught by this beautiful dog. So shiny! So strong and handsome! And of course, he reminded me a bit of Pippo, who I still miss every day.

As I was admiring the dog, I eventually noticed that there were some interesting boats zipping around in the canal. I’m used to a variety of boats in the Oudegracht, from small kayaks and peddle boats to luxury yachts. These boats definitely weren’t luxury vessels, in fact they looked to be about half the size of a kayak, but what they lack in space, they seem to more than make up for in speed and manoeuvrability. 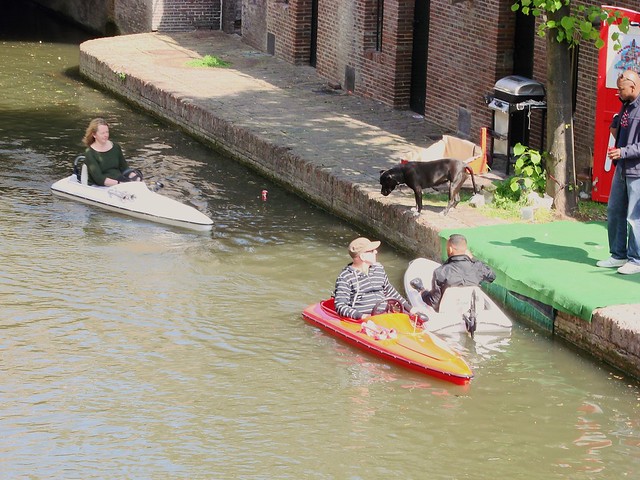 It turns out, they’re electric canal boats and they’re now available to rent (I think). They were created by Fred Hulshoff, who has been working on various designs for years. With the electric canal boats, the idea is that they can explore nearly every inch of the waterways. They’re small enough to take through low/tight spaces, and their silent, electric motors allow them to go where noisy motorboats aren’t allowed. 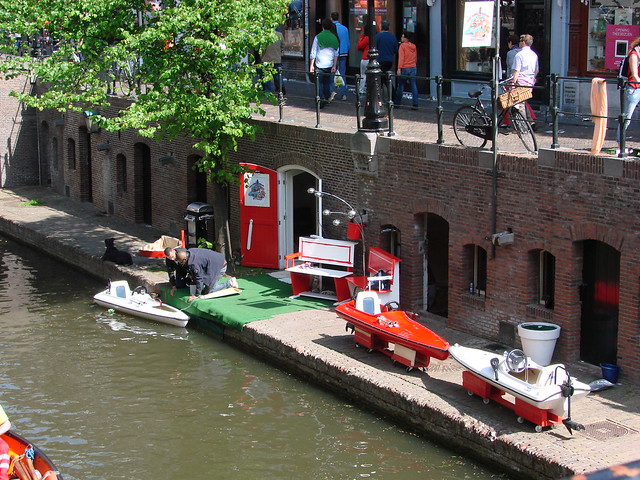 I’ve yet to find any detailed information about where to rent them or how much it costs, but they were on the wharf level of the Oudegracht just south of the Vismarkt. If I find any official information, I’ll update.

4 thoughts on “Electric Boats and a Dog”