I posted Monday about Bevrijdingsdag, the liberation of the Netherlands at the end of World War II, but also mentioned that the allied forces didn’t arrive in Utrecht until 7 May. Today marks that anniversary, so I thought I’d share a few of the photos from the Utrecht Archives showing the anticipation and arrival of the troops.

They came through Biltstraat in order to enter the old city center at the Wittevrouwenbrug. They followed that street, which becomes Voorstraat, before eventually making their way through the rest of the city. People lined the streets in masses to celebrate their arrival. The photos I’ve chosen start with people waiting for the forces on Biltstraat and then follow them down Wittevrouwenstraat and Voorstraat. 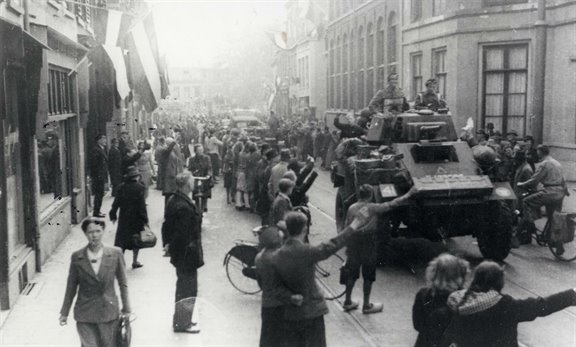 Among the allied forces that played a part in the liberation of Utrecht was the English 49th Reconnaissance Regiment, known as the Polar Bears. (See comment below.) They’re seen marching along Janskerkhof. There’s now a Polar Bear monument dedicated to the regiment at a spot on Biltstraat. There will be a memorial service held there this evening. 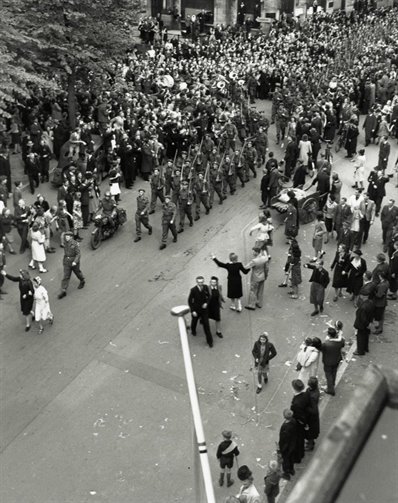 Finally, a charming photo of a couple dancing in celebration in Framboosstraat.