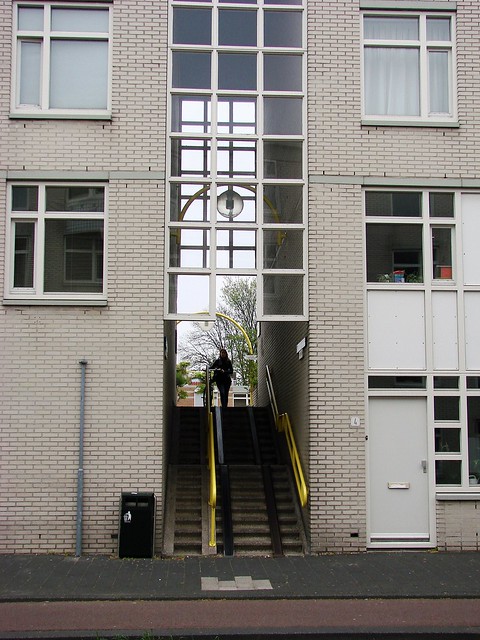 So what do you do in a nation of bicycles when faced with having to get said bicycles up and down flights of stairs? After all, there are various instances, such as train stations or apartment buildings, when you’ll need to get your bicycle past these obstacles.

The solution is surprisingly simple. They build small ramps into the stairs so that you can roll your bicycle up or down stairs rather than having to bump around awkwardly, potentially damaging your tires. It’s another example of the developed cycling infrastructure that encourages people to ride their bicycle rather than drive.

A good cycling infrastructure is more than just comprehensive cycle lanes, although that’s where cities need to start and focus. (Don’t let cars park in bike lanes as I saw in a photo today!!) It’s also the elements that are a part of daily life even when you’re not actually riding. The easier it is to move bikes and park them, the more likely people are to use their bikes. These simple ramps take the hassle out of transporting a bike up and down stairs, removing yet another obstacle that people could use as an excuse not to ride. 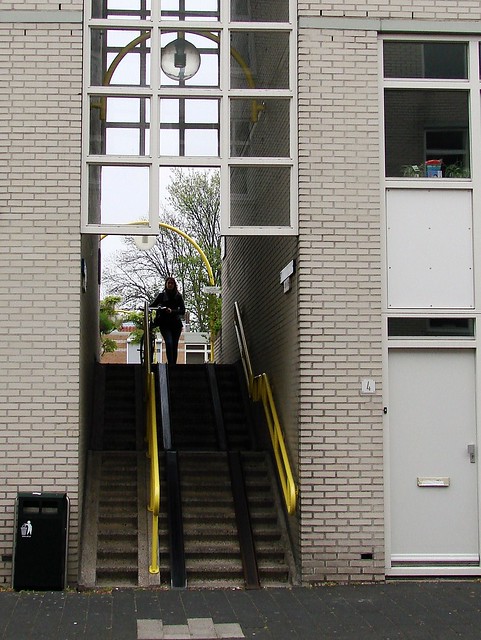 1 thought on “Bicycles vs Stairs”