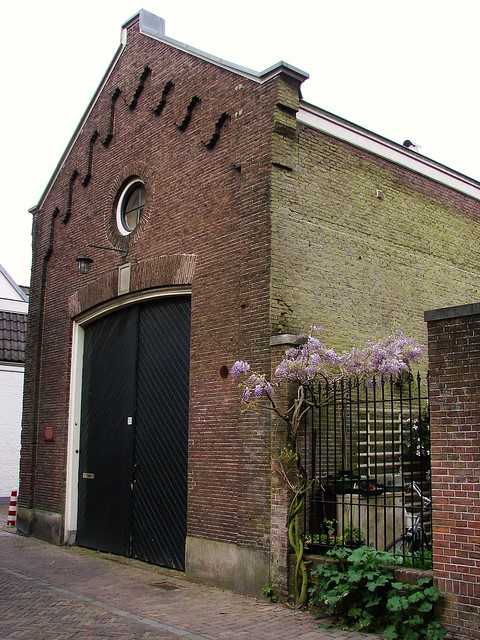 History is full of stories of devastating fires ripping through closely packed cities. Having enough fire houses spread throughout the city to quickly respond was vital, especially in the age before motorized vehicles that could move quickly. I think if I was living in a time when you were reliant upon horse-drawn vehicles, I’d probably want to live pretty close to one of the fire stations.

Although it has long since been retired, there is one of the old fire station buildings on Schalkwijkstraat, a charming little street near Lepelenburg Park. (It’s charming now, anyway, although I wonder what it was like originally. Schalk seems to translate as “rogue” so schalkwijk seems to mean “rogue district”. Maybe the firehouse was regularly needed!) This sensible brick building dates from 1860 and served one of the volunteer fire services that were located throughout the city. Although there were many such buildings, only two of them now remain: this one and one on Burgemeester Reigerstraat further east outside the old city center. 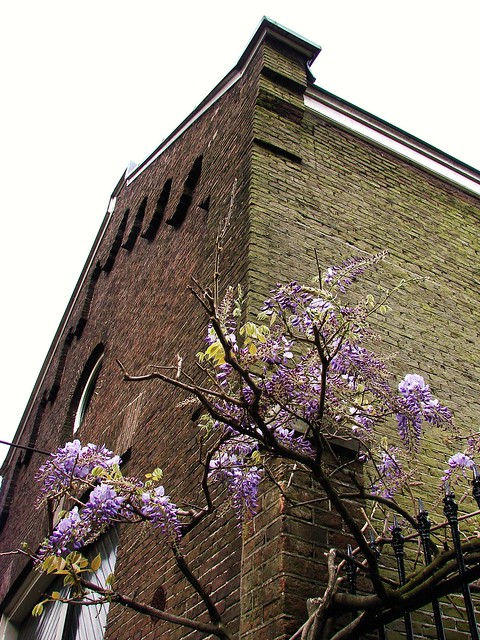 I think an architect firm now makes its home in the old building. Fortunately, it retains its large double doors, while the small circular window over the doorway and the scalloped pattern along the top add a surprising decorative element to what was an important functional building.

I’m glad so many buildings like this still exist, giving us a chance to visualize history in ways that you just can’t when it’s only through words or old photos. Seeing the buildings in situ gives a better feel for how they really fit in the city landscape. Of course, it comes in handy that many buildings have informative plaques on them. I often wish any building over 100 years old had some sort of plaque listing any pertinent history/use. It would make my research so much easier (and feed my curiosity)!

(Additional information, in Dutch, can be found here.) 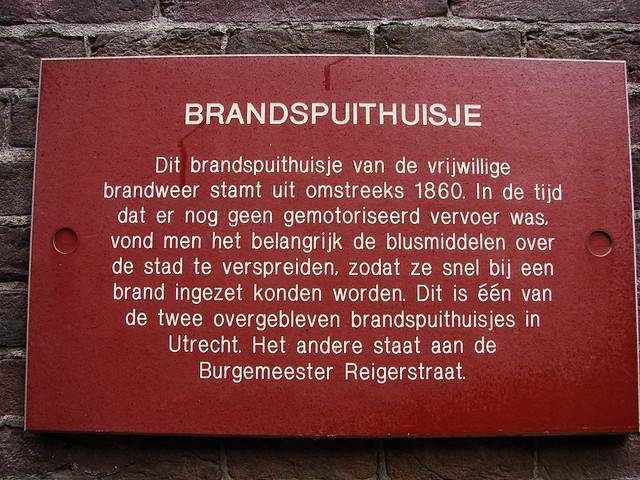 6 thoughts on “The Old Fire Station”