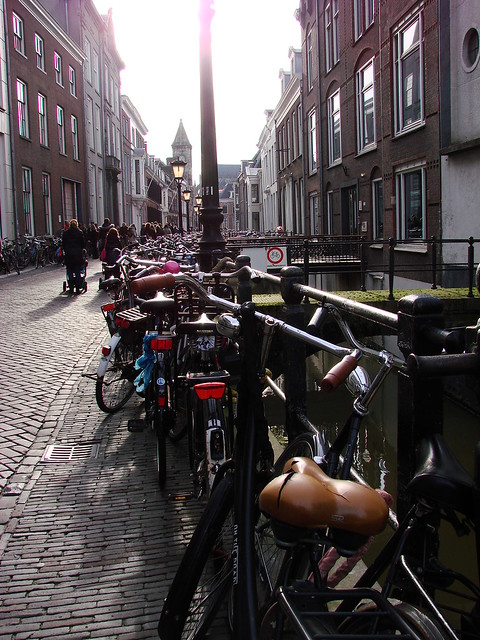 Despite the number of official spots for bicycle parking in the city, ranging from indoor parking to your typical outdoor bike rack, wild parking (I like the literal translation of wildgeparkeerde) is still the norm. It’s not surprising, considering the number of bicycles in the Netherlands outnumbers people, not to mention the whole point of cycling is the convenience it offers. If you’re out running a quick errand, you don’t want to park your bike blocks from where you’re going, just to park in a designated spot. Of course, there aren’t always that many designated spots, either. 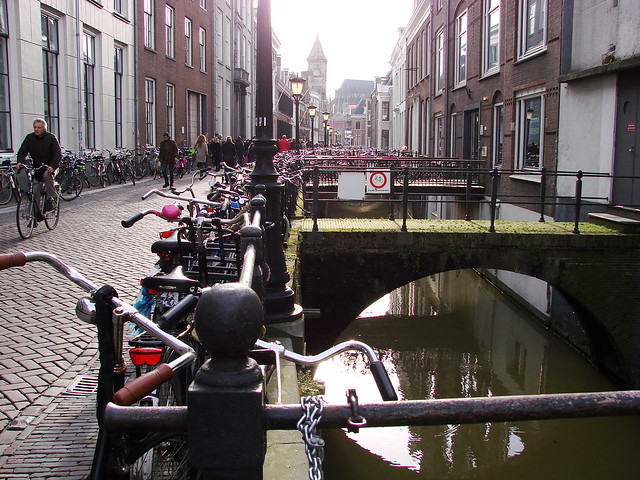 The Drift canal runs is lined with university buildings, including a library, so it’s no surprise that it’s a popular destination for people on bike. Students and faculty alike spend plenty of time in the area. However, offhand, I can’t think of that many convenient outdoor bicycle parking areas nearby. I think the newly renovated library probably has some underground parking now, but there’s still plenty of wild parking happening up and down the canal. So much so, in fact, that signs have to be put up on some of the bridges to prohibit bikes being parked there. With varying degrees of success. 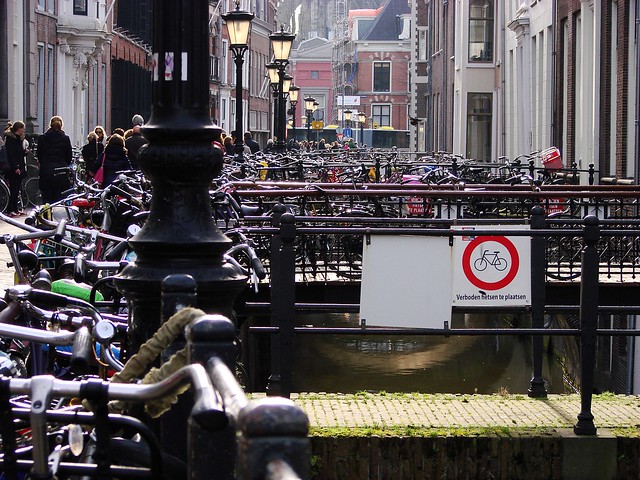 Some people really dislike the mass of bikes that pile up and they can be inconvenient at times, but overall, I don’t mind them. I’ll take huge swathes of bikes over cars any day! Plus, it can be quite picturesque in its own way. A row of lamps, a sea of bicycles, charming buildings, and a Gothic cathedral to top it all off. 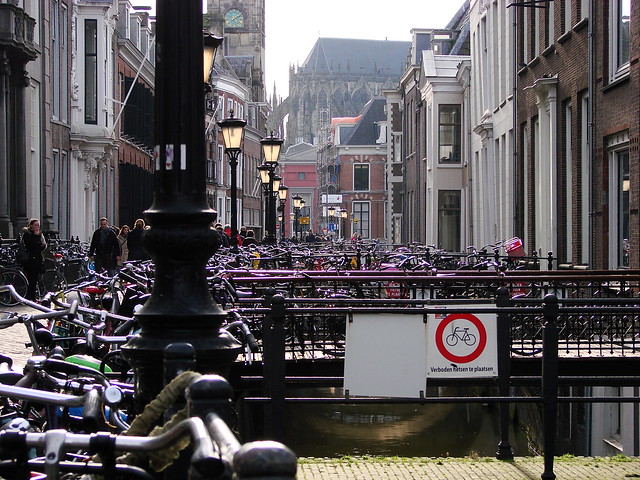