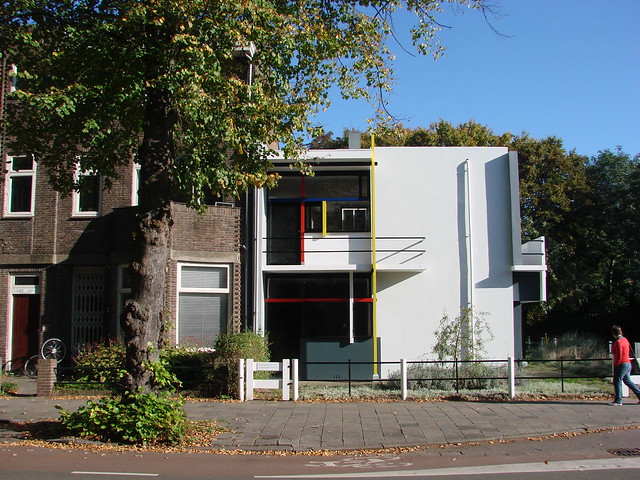 This is the Rietveld-Schröder House. 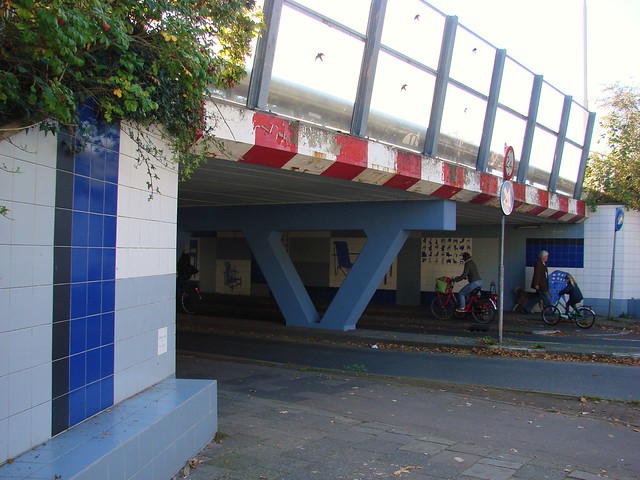 This is the viaduct that runs directly next to it. (I always wave when we drive over it.)

(Photo courtesy of Carlien Laarmen)
This is the viaduct today. It’s a fairly low clearance and it would seem that the driver of the Albert Heijn (grocery store chain) delivery van didn’t judge the heights well. The driver wasn’t hurt, but the van sure took a beating. A peeled-back can of sardines comes to mind.

The building of the viaduct, which ruined the view and the intentional openness of the space, wasn’t exactly appreciated by all (particularly Rietveld himself), but at least they’ve since decorated it to acknowledge Rietveld’s work. But as Caroline on Twitter pointed out, Rietveld is probably laughing in his grave.

2 thoughts on “Rietveld Gets the Last Laugh”