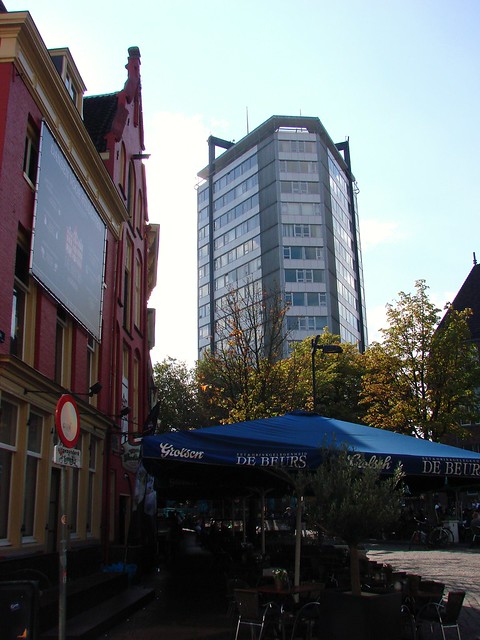 Last week I posted a photo with the top of the Neudeflat rising above — some would saying ruining — the skyline that typically features more traditional Dutch buildings and rooftops.

While out wandering around on Sunday, I couldn’t help but snap this shot of the Neudeflat from another perspective, actually in the square. Once again, it stands out in contrast to the more traditionally attractive building on the left. Interestingly, I had approached the square from a different street than I usually do, which gave me a new perspective on the square. In the photo from that perspective, you can see the red building (once again on the left) face on, rather than from the side. It’s the same red building in my blog’s header image. However, you can also see the square without the Neudeflat. Even with the tangle of bicycles, the Subway restaurant sign, and the large statue of patat/friets/fries in the foreground, there is a certain charm to the scene. 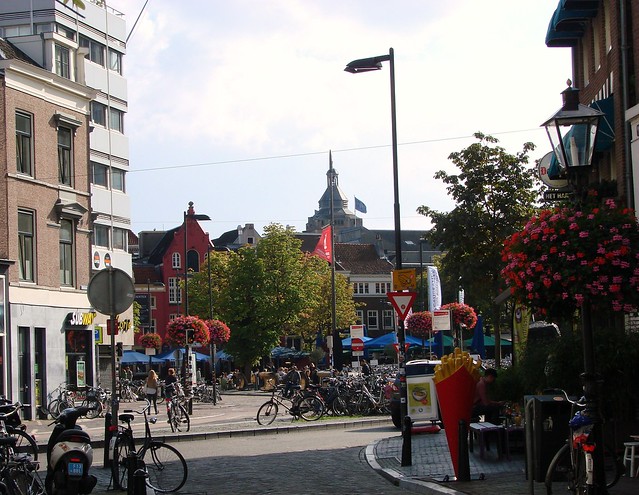