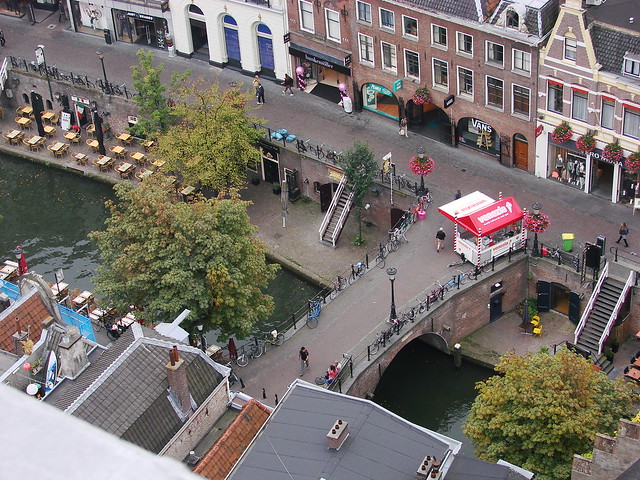 I’ve often mentioned Utrecht’s famed multi-level canals, with the wharves down below street level. However, it’s not always easy to get a good photo that really shows both levels in one shot. Fortunately, while getting a bird’s-eye view of the city from the top of the Neudeflat recently, I was finally able to get a couple of shots that show both levels.

As you can see from my photo of the Oudegracht, the largest of the canals running through the city, the main buildings are on street level, but with cellars beneath them at water level, along with wide wharves at water level. Many of these cellars, or kelder, are used as restaurants, shops, studios and more. On this particular stretch of the Oudegracht, they are mainly restaurants, giving diners a great opportunity to enjoy a meal right next to the canal, assuming the weather cooperates. 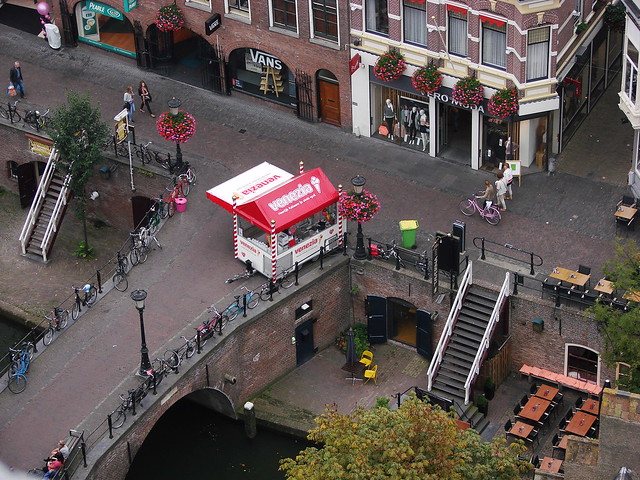 As you can see when you look a bit closer, the wharves are accessed by stairs located at various spots along the canal. The little red and white building on the bridge is the Venezia ice cream stand that pops up seasonally during the spring/summer months. And all the flowers on the lamp posts and along the street appear throughout the city during the same time period. They add a pretty touch of color to the city. 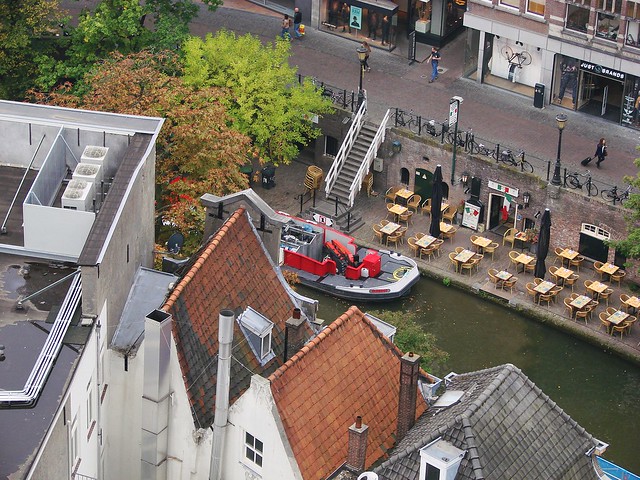 Finally, one last photo to show one of the boats that services the restaurants and other buildings along the canal. As well as trash boats, there are convenient beer boats that service the many restaurants. Rather than having to get big trucks on the pedestrian streets above, or having to carry numerous crates and boxes down the stairs, these boats are set up to pump in beer from canal level. Very sensible! I also love the tall, thin, pointed rooftops in the bottom of the photo. You can even see a bit of the back of the decorative facade that hides the simpler structure.

4 thoughts on “The Oudegracht from Above”