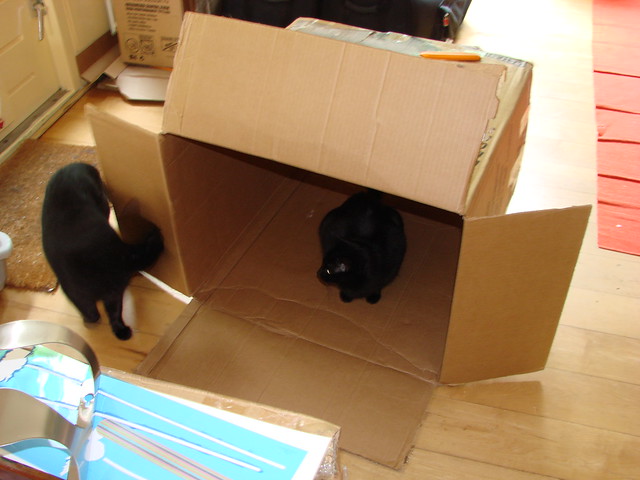 Cats and boxes go together like peanut butter and jam. In our household, if there’s a box, there’s a cat either in it or on it. That’s pretty normal, as even wild cats, such as lions and tigers, have shown a fondness for boxes. There’s just something about boxes that cats love.

Well, it turns out a couple of veterinary medicine researchers at Utrecht University have been studying this special relationship. Ruth Van Der Leij and Claudia Vinke have found that boxes significantly reduce a cat’s stress levels. In their studies, they looked at the behaviour of cats who were in a two-week quarantine at an animal shelter. Half of the cats were given a box and half were not. Those who had a box were significantly less stressed than their boxless counterparts and the box cats adjusted to their new environment more quickly. They also tended to remain healthier, due to reduced stress levels.

It was a month or so before we got a lot of boxes after we moved here, since the bulk of our boxes came much later. But we did pick up a few items in boxes when we first moved. Luna was appreciative. Lola sulked, while waiting her turn. 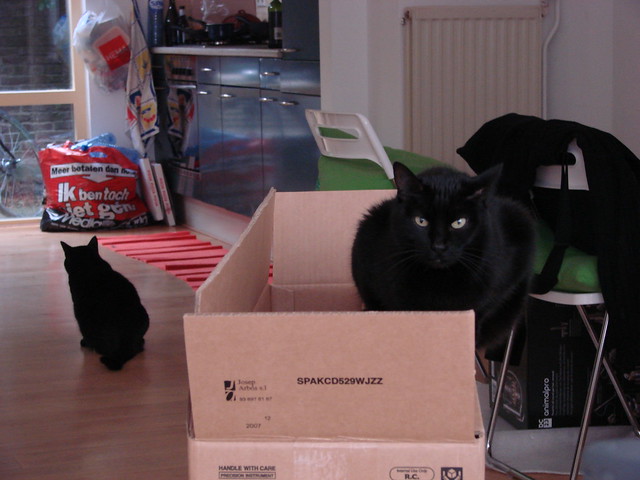 As you can imagine, Christmas is a good time for the cats with the arrival of lots of boxes. A little over a year ago, Luna and Lola got a particularly nice box. The perfect size to sit in and survey the surroundings, while still feeling kind of cozy. Add in a little catnip and it’s pure love. Here’s Luna rubbing on the edge, as if saying, “I love you, box!” 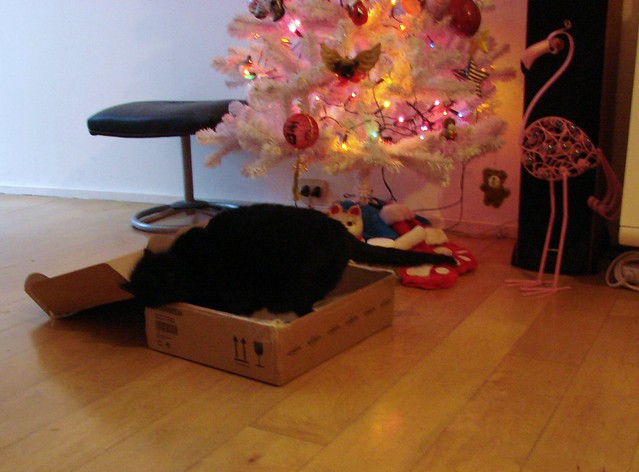 Both cats liked it so much, I couldn’t bring myself to toss it. So I gussied it up a bit. I trimmed off the lid and then wrapped it in fabric and cut a fleece liner for it. We still have it, more than a year later. First up is Luna, followed by Lola. Luna does typically sit upright in it, while Lola tends to hunker down. 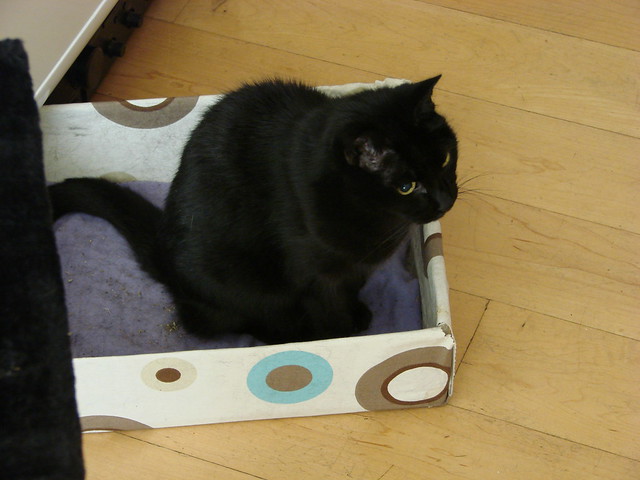 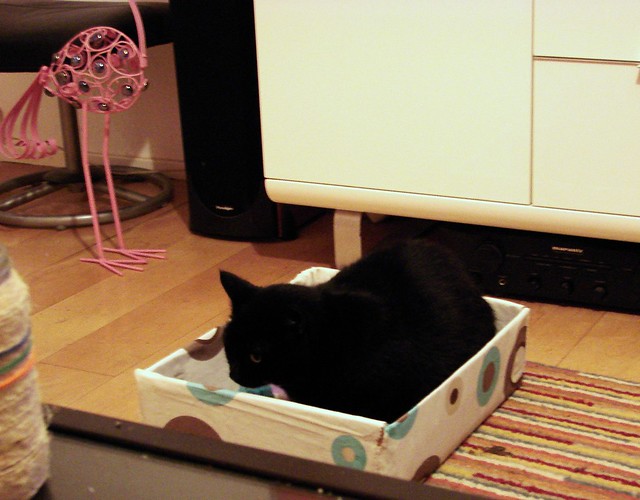 But don’t even think of getting rid of the box. The wrath of the cats will be rained down upon you!

However, some more catnip sprinkled in would be appreciated. 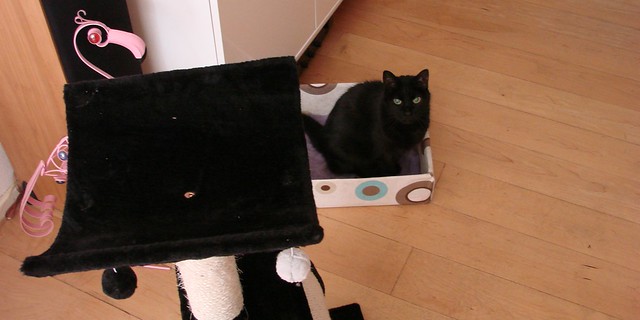 By the way, I’m up for the “Top 100 International Exchange and Experience Blogs” competition. If you would like to vote for me, click the button below to get to the voting page. Much appreciated if you do! Voting runs through 15 February 2015. Thanks!