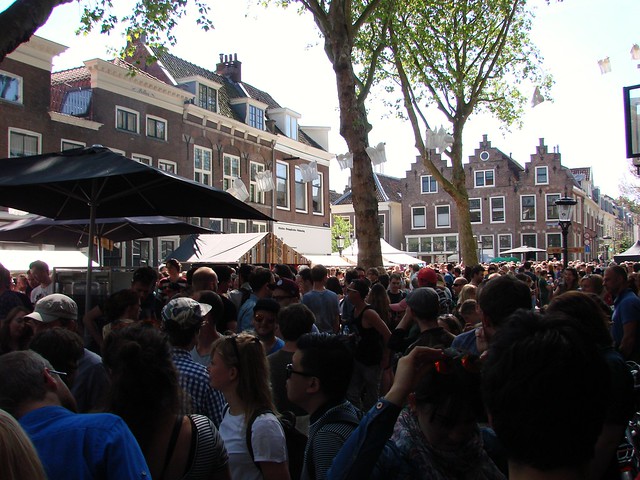 As I mentioned yesterday, Sunday was a warm, sunny day with plenty going on throughout the city. It was also a holiday, as was Monday, so lots of freedom to stay out and enjoy the day to the fullest. The result was that the Klein New Orleans festival was busy right from the beginning. We got there shortly after 3pm when it began and as you can see, it was already wall-to-wall people.

It was held on Breedstraat, which is also the street where the weekly Saturday fabric market is held. The festival was contained along the western end of the street, near the Predikherenkerkhof, where there’s a small square that was ideal for some of the music performances. 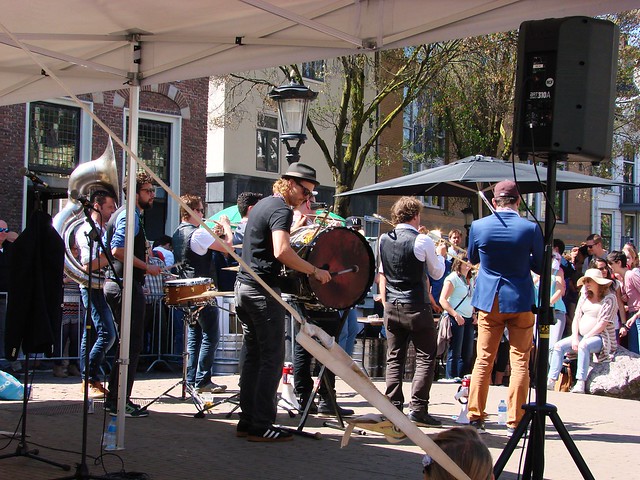 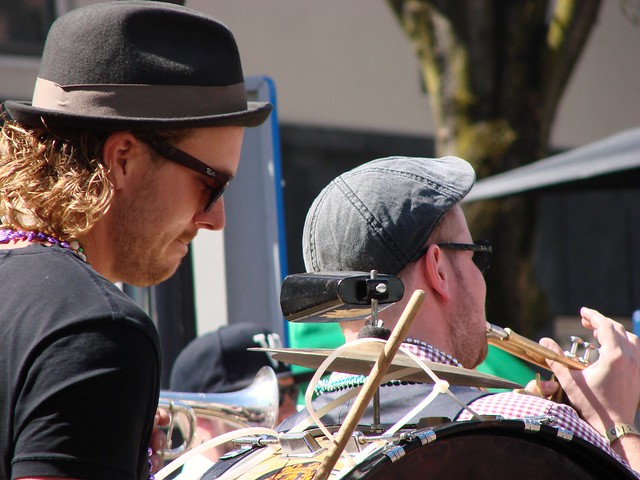 It’s a shame they didn’t have more of the street available to thin out the crowds slightly. It was hard to get around, especially when juggling food and drink, and with all the tall Dutchies, it was hard to see over the crowds! Hopefully, if they do it again next year, they can get more space. I’m sure the turnout exceeded their expectations.

The heavy crowds made it hard to see (or hear) any of the music coming from the second stage. A raised stage and a bit more amplification may have helped. As you can see from this next photo, the white tent is the stage area. I was standing on the opposite side of the street with my camera up in the air to get this shot and still couldn’t see (or hear) anything of the musicians, which was a shame. And as I mentioned, tall Dutchies make it hard to see anything, even if I’d gotten closer. I miss the days when I was tall enough to see over much of a crowd. 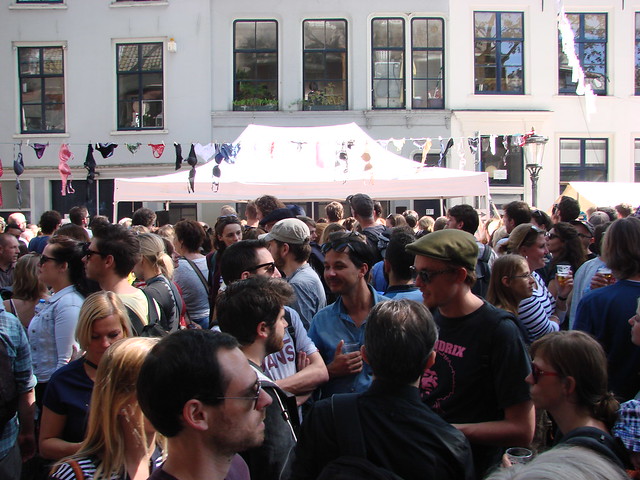 We had headed to the opposite side of the street to find some room to eat. After all, food is a major part of Louisiana lore. The blend of French, Spanish, and Afro-Caribbean cooking styles has created an outstanding cuisine.

I had been a bit disappointed that there wasn’t going to be a crawfish boil. After all, that’s one of the quintessential food parties in Louisiana. They’re popular enough that even when people leave Louisiana, they’ll keep hosting crawfish boils wherever they are. I even got an email today about a Tulane Alumni Crawfish Boil in New York. I went to a few myself while living in New York and always passed a good time!

There were a handful of food stalls, including a few local restaurants. One was serving up hamburgers and one does more Middle Eastern food. Meh. That wasn’t what I was there for. I wanted Cajun and Creole cooking. One stall wasn’t doing straight-up traditional, but they had a beer-batter shrimp dish that I wanted to try. I mean, come on, fried shrimp! Awesome! 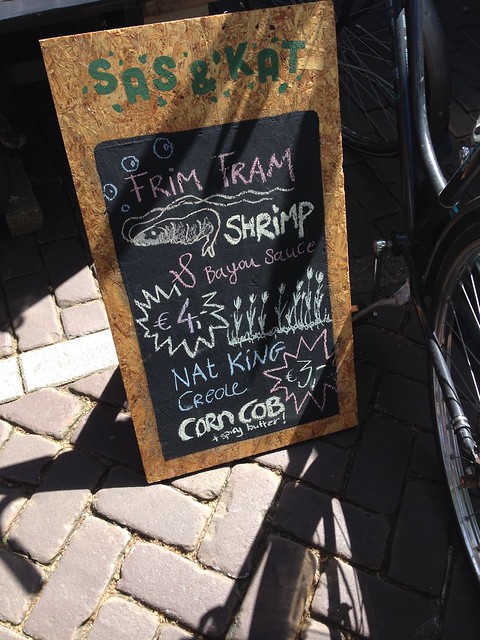 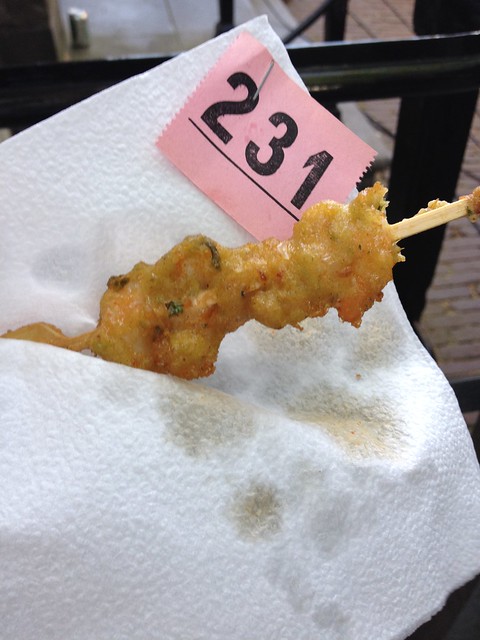 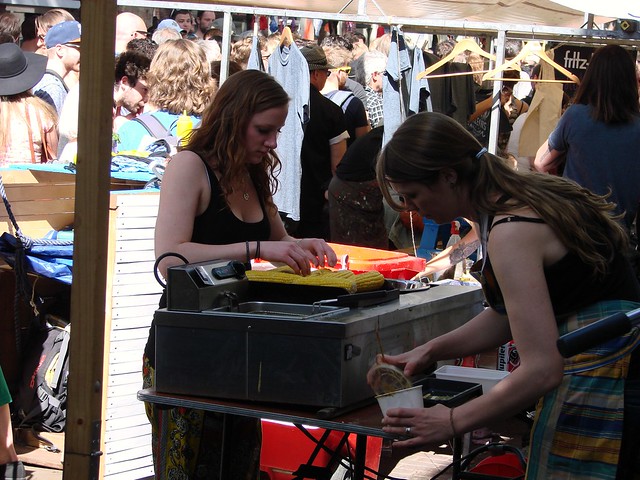 You can occasionally find vacuum-packed corn on the cob here, though I’ve found it to be a bit rubbery, unsurprisingly. But you don’t usually find corn on the cob sold loose in their husks the way we do in the States. So I guess that bit of exotica is why they’re popping up more frequently at food festivals here. I saw pictures of them at the Food Truck Festival that was also taking place this weekend. We didn’t order any, since it’s not something I haven’t made a million times.

I do have to point out that the girls running the stand had a cute little boat-shaped stall that they were working out of. A nod to shrimp boats, perhaps. 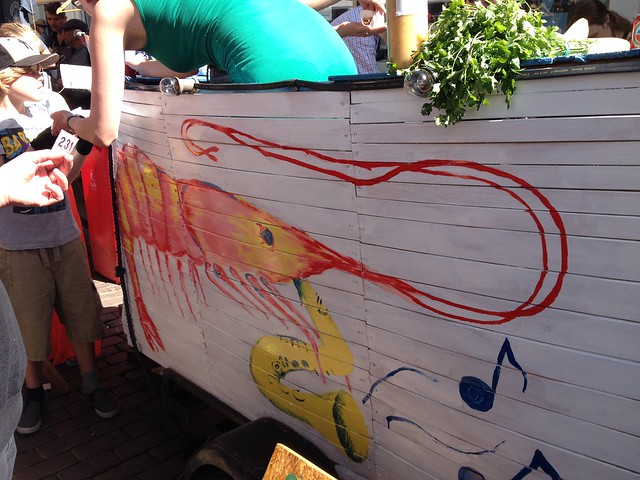 Obviously, though, I was there for the gumbo and jambalaya. I knew this would be risky, but I had to take the chance. There was always the possibility I’d be pleasantly surprised. So we got a small bowl of each. 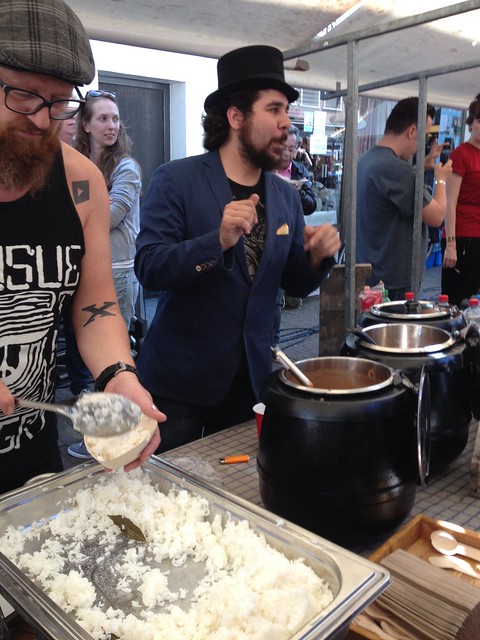 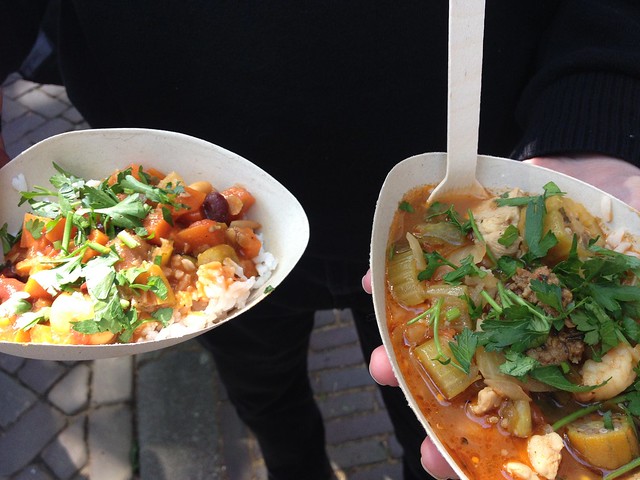 They at least had okra in their gumbo (the one on the right), but that was about the best I can say, unfortunately. It was lacking in any seasoning I’m afraid to say. The “jambalaya” had more seasoning, but there’s just no way that is anywhere remotely similar to a jambalaya, thus the quotation marks. It was more like a vegetarian chilli and missing just about every ingredient you’d use in a any variation of a jambalaya. Plus, the rice is supposed to cook in the jambalaya, not be served with the sauce on top. Maybe they misheard the order and gave us something other than jambalaya? I can only hope so.

I hate to be so critical, especially working in the kitchen part of a restaurant now, but I also don’t want people to think that’s how it’s supposed to be, especially if they’ve never had it. They’re going to wonder what all the fuss is about or be really shocked if they eventually try the real thing.

I feel like I’ve been doing nothing but complaining — music too hard to hear/see — crowds too thick, food not right — but I think part of it is just growing pains. It’s the first time they’ve done this event and I truly hope they get to do it again next year and make it an annual event. There’s room for improvement, but I would absolutely go back again next year. And I’m sure plenty of people thoroughly enjoyed it all. I’m probably overly critical because of my time actually spent in New Orleans. 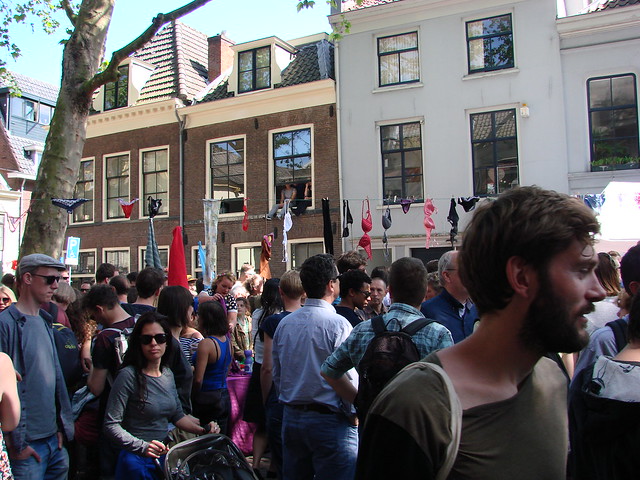 The fact that so many people of all ages turned out means that there’s an interest and plenty of people looked to be having a good time. I’m glad an enterprising group put this together and I’m still happy to have helped out a small bit with the crowdfunding. I’ll help out if they do it again. Though I might make a few food requests or try to set up my own food stall. Po’ boys, anyone? 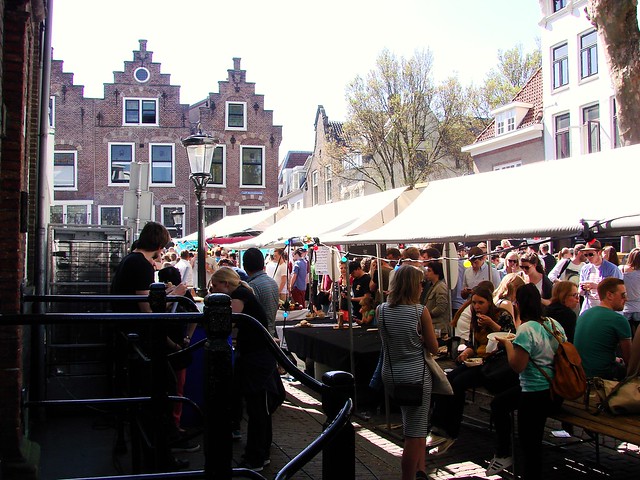 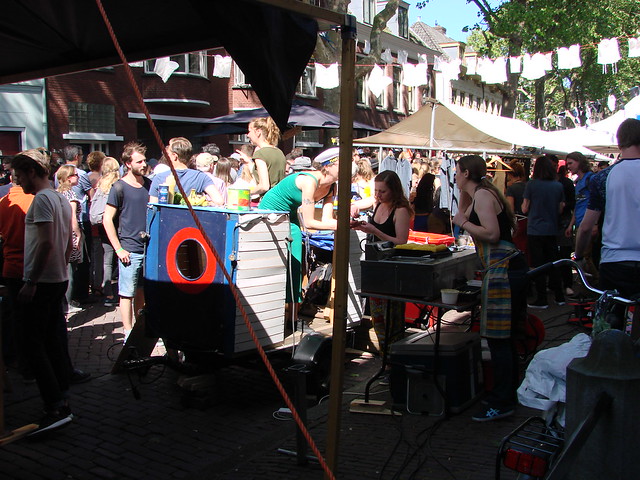 Oh, and a shout-out to the two guys I saw wearing Jimmy Graham Saints jerseys. What were the Saints thinking selling him to Seattle?! 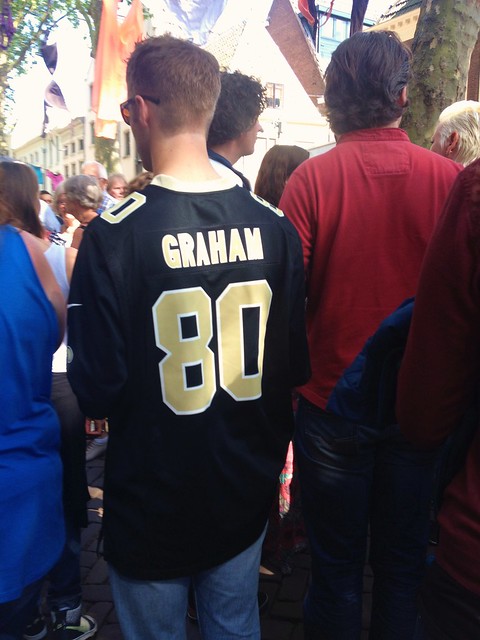