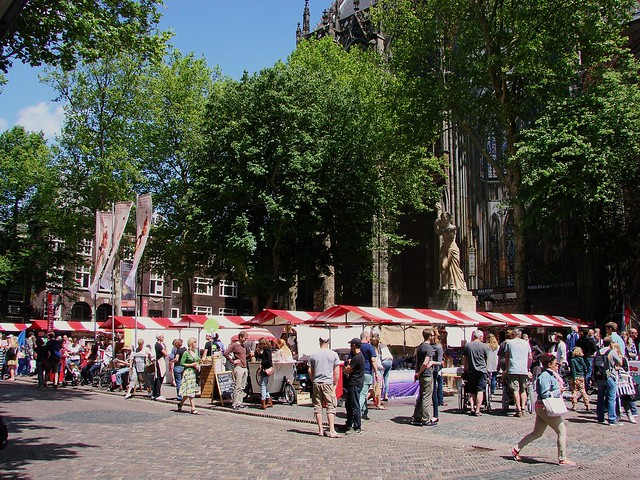 I’ve posted before about my love for the Zelfgemaakte Markt (Handmade Market), so I was thrilled that it was back in Utrecht this weekend. This time, it was in the Domplein, instead of its previous spot at Mariaplaats. It was also paired with a food festival of sorts, with one side of the square filled with food stalls selling food to eat then and there, as well as food to take home. Tempting, but I was there for the arts and crafts. 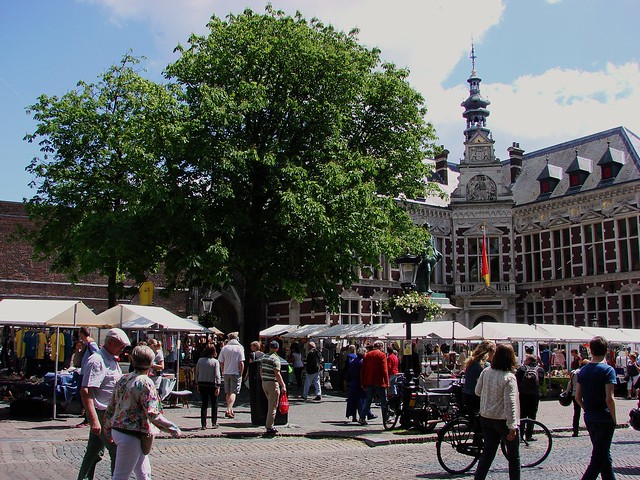 I continue to be impressed with both the quality and the cost of the items in the market. Everything is appealing and made by lots of talented people and surprisingly affordable. Ceramics, t-shirts, prints, drawings, and so much more … I wanted just about everything! Way too often, you go to markets like this and there are only one or two stalls with things you’d actually be interested in looking at, much less buying. Here, everything is of interest!

I did a quick run through to see what was really catching my eye (and to see what I could afford, since I had limited cash and not everyone takes PIN). My mental list was getting pretty long! Then I saw the Toepas stall and had to stop. 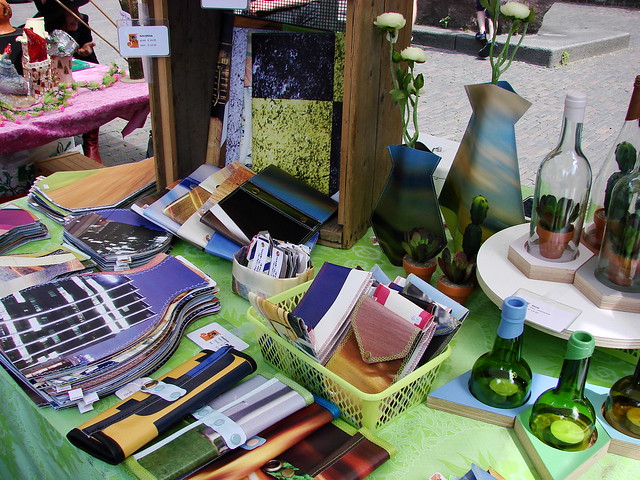 It was at the market around this time last year that I first saw the Toepas Creaties stall and the fantastic items she makes from reclamed/recycled items, including ad banners and, of course, wine bottles. We ended up buying a number of her wine bottle candle holders for Vino Veritas and they remain real eye catchers. I stopped at her booth to say hi, but also to get a look at the necklaces she has started making. I’d seen them on her Instagram account and wanted to see them myself. They were just as cute in person and I made my first purchase of the day, buying one of the fox pendants.

After chatting, as I was walking away, I heard someone go up to the booth and clearly say “Vino Veritas”. Whether customers or someone who had seen the candles in our window, it was great to hear someone recognize them and make the connection! 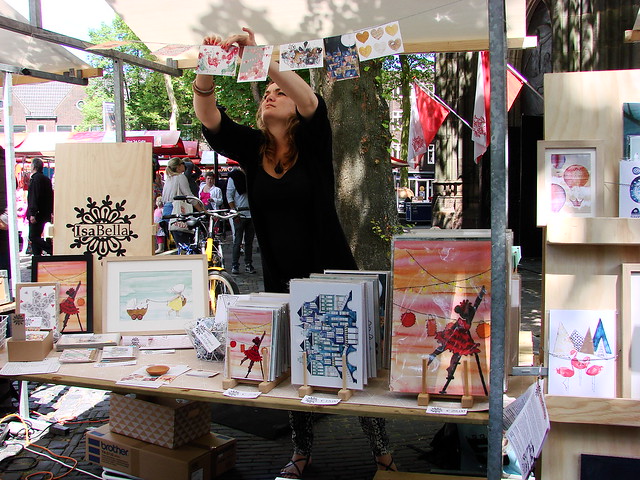 Next up was a stop at IsaBella’s stall. As soon as I saw her flamingo print, I knew I had to have it. That said, I would have happily bought one of everything. I really like her style and the whimsical nature of her prints. The hot-air balloon print would also go nicely with the new sofa pillow covers I recently bought. And though it wasn’t intentional, I love that I caught her in much the same pose as the girl in her print! 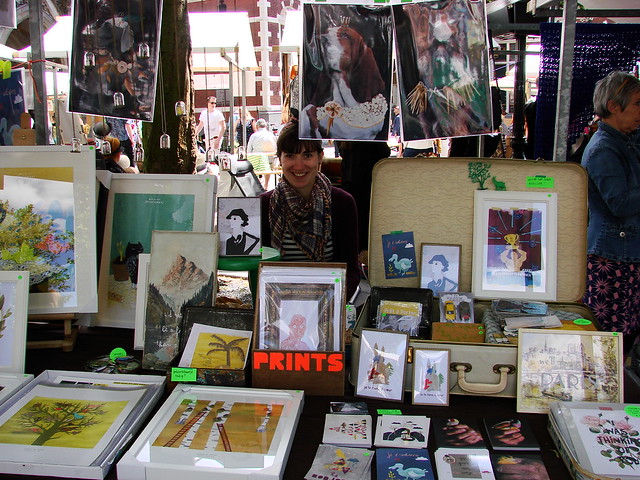 My final stop was at the booth of another artist, Julie. As well as a fondness for flamingos, I also have a thing for dodos. When I saw her “Je t’adore” illustration of a dodo, I couldn’t resist!

I really wanted one of the Domtoren silhouette prints by Lucas van Hapert, but funds were running low at that point. But hopefully the opportunity will arise again. I picked up his business card as a reminder. 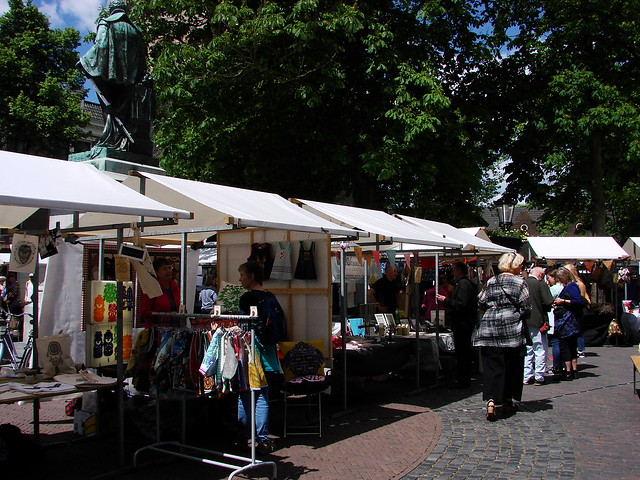 It was a perfect day for the market, with the sun shining, and temperatures pleasantly warm. The square was filled with people, many of whom were clearly foreign tourists. On the plus side, yay, more people are learning about Utrecht! On the down side, it’s definitely getting more crowded and manoeuvring around all the tourists (who don’t want to move out of the way) is bringing back memories of New York. 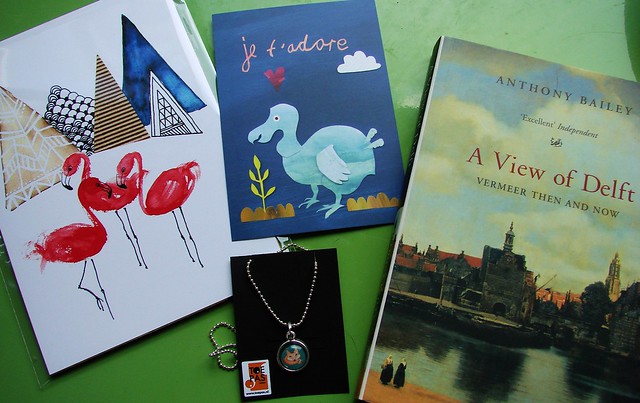 Hopefully, some of these tourists picked up a few items at the market to serve as lovely souvenirs. I’m certainly happy with the items I picked up! (The book was from a second-hand book shop and ended up being a story on its own. Not worth going into, but it seems I have an American laugh.)

2 thoughts on “More Goodies from the Zelfgemaakte Markt”