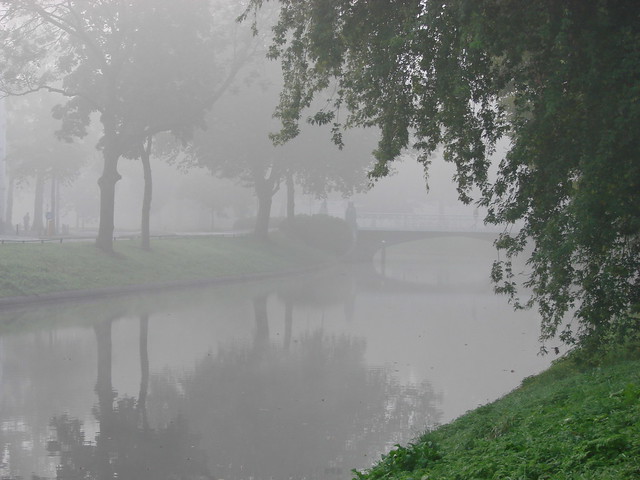 I used to joke about taking Pippo on “death marches”, when we’d go for extra long walks around town. This morning, Charlie was the one who took me on a death march. There was no stopping him today. Though for every one step I took, I think he took about 30, moving like a sidewinder down every street and sniffing every doorway. He even took a brief detour through the front door of one of the new restaurants on Zadelstraat before I could rein him in. Fortunately, they didn’t seem to mind.

Sunday mornings remain one of my favorite times to go for long walks through the city. It’s quiet and the only other people out are fellow dog walkers and joggers/runners. Today started off quite misty, as you can see in the picture above. That was the first photo of the day, as we headed off to do some plastic recycling. Eventually, we ended up on the other side of the city, and while the mist was burning off, it still lingered enough to make some of the views and scenery that bit more ethereal and dreamy.

At one point, we ended up going down one of the narrow streets that leads to the Catherijn church and museum. The tower top was just barely visible in the mist. 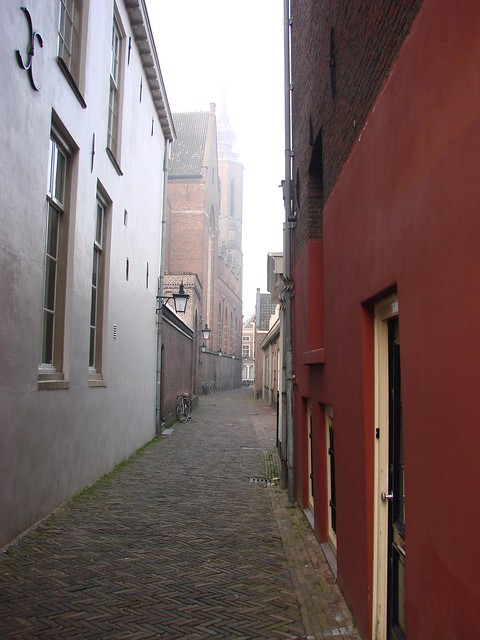 Eventually we ended up on the west side of town, with another view of the stadsbuitengracht, the canal that rings the old city center. The first photo was of the same canal, just on the eastern side of the city. The mist had lifted, but enough remained to give a soft view in the distance. We found a nice spot to pause (catch my breath), and enjoy the artwork and the scenery. 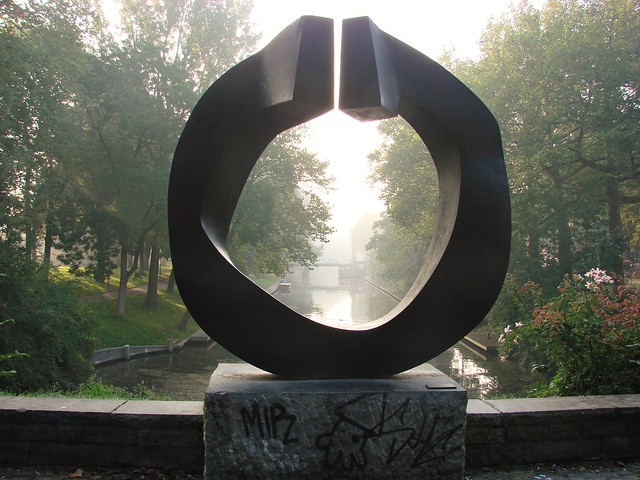 As we headed back home, I caught a glimpse of the Domtoren rising over the rooftops, but still shrouded in mist that high up. I couldn’t resist taking a picture. 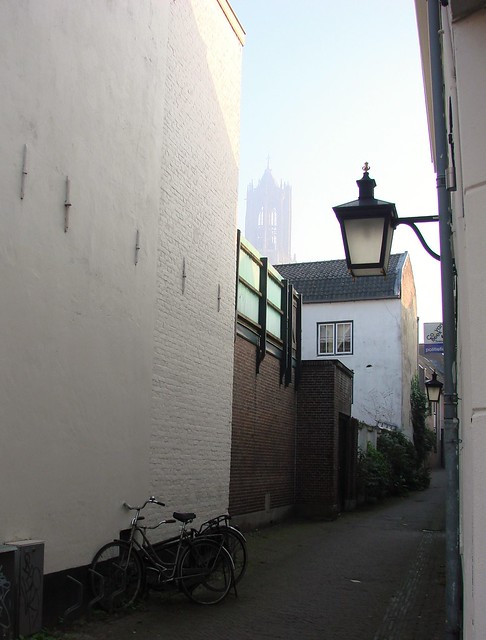