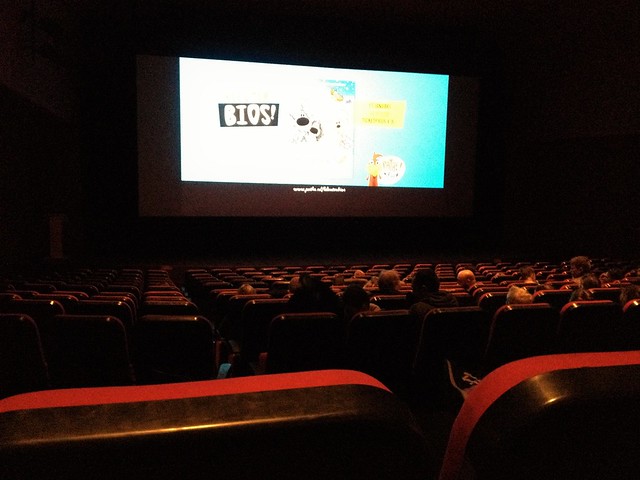 First off, I know I’m mixing my film sagas. Don’t get all freaked out.

But today, in finally going to see the new Star Wars film, I did venture into a new frontier of sorts. You see, this was the first time I’ve seen a film in a theater since moving to the Netherlands. It’s hardly the first film I’ve seen, but we just haven’t gone to the bioscoop to see any of them. No real reason, it’s just something we never got around to. To be fair, we hadn’t seen a lot of films in the theater in the US for the last few years we were there. I was tempted with the latest Mad Max, but never quite got around to it. However, with the new Star Wars film, I knew I had to see it on a big screen.

We booked our tickets and seats online this morning before we went. I guess it’s kind of cool to be able to reserve specific seats, but that’s one aspect I’m ambivalent about. One of the things I’d heard about Dutch movie theaters is that they still generally do an intermission during the film. However, we were warned by the woman checking our tickets that there would be no pause in Star Wars. I suppose since it’s such a long film already, adding any additional time would mess with scheduling.

Since we haven’t been to a theater in years, we decided to skip the 3D showing, not sure if we’d really want that experience yet. Maybe I’ll go back and see the film again, but in 3D. There’s another theater closer if I want, but the Pathé Rembrandt theater we went to was quite nice. As you can see from the top photo, it was a large room with a good-sized screen. I think one of the reasons we’d stopped going was that the rooms and screens seemed like they were getting smaller. This was a great size (and great audio) for a film like Star Wars. And hey, you can’t complain when a theater is set along a canal and next to an attractive church. 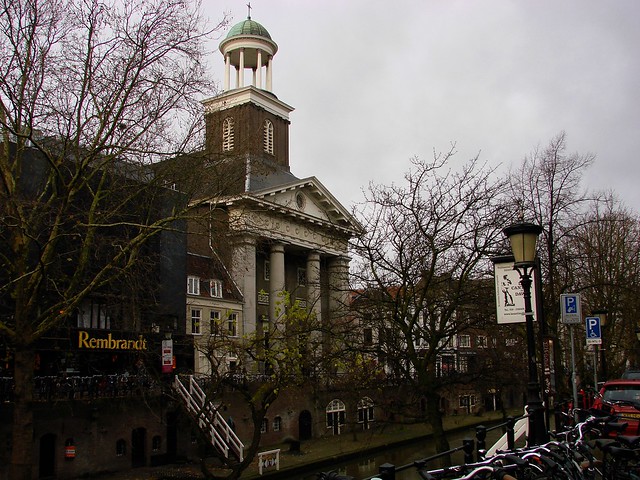 So yeah, the wait to see a film in the theater was worth it, and so was the film itself. No spoilers, but I really did love it.