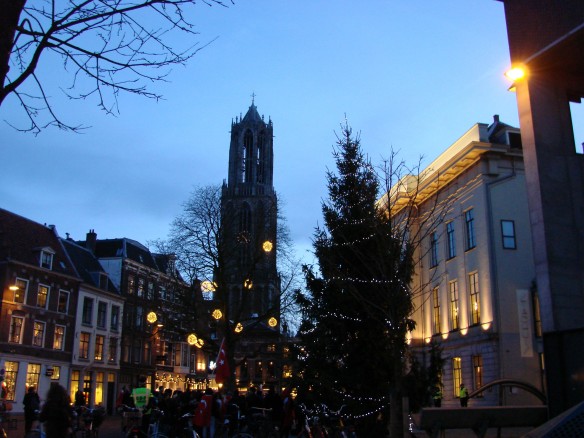 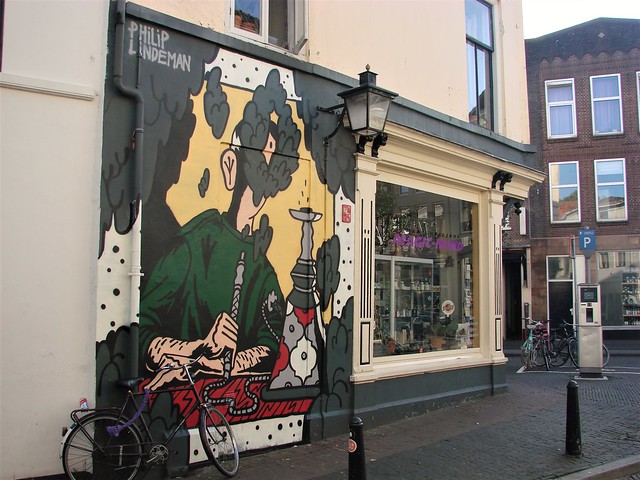 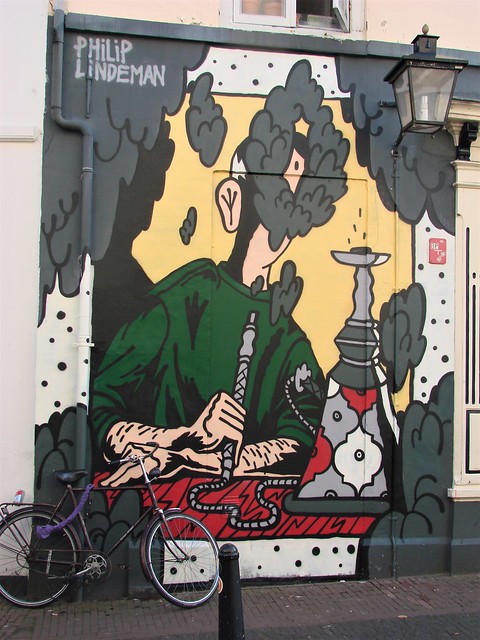 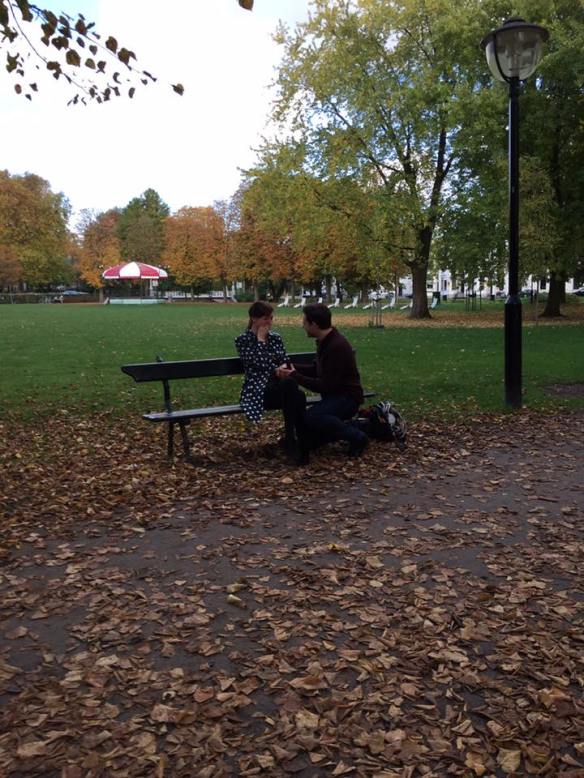 In the Expats Utrecht group on Facebook, Pilar Pereira posted this happy photo of a proposal taken at Park Lepelenburg yesterday with the following caption:

Today (29.10.2016) I spontaneously and secretly took this photo. I would like to thank them for the pic and apologise for being an intruder in their intimacy! But maybe the couple would like to have it as well. Congrats to both of them!

It’s such a lovely photo so I offered to post it here to try and spread the word and see if anyone knows — or is — the couple and can pass the photo along to them. 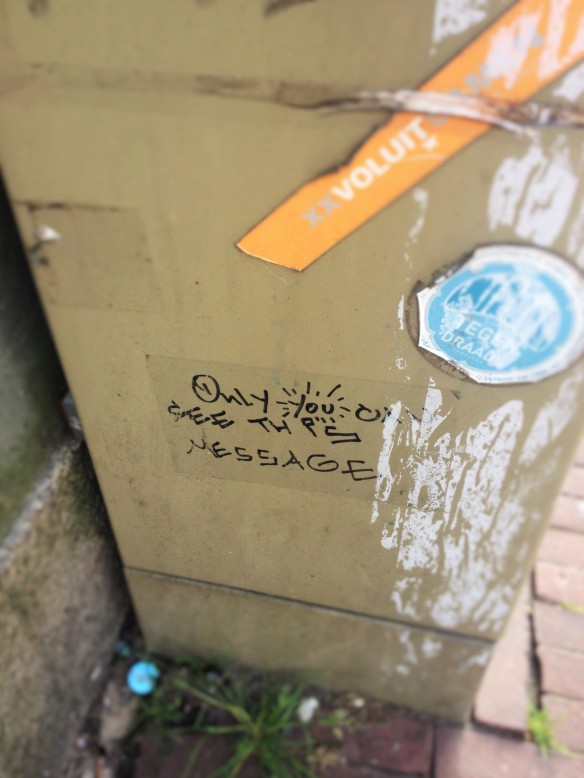 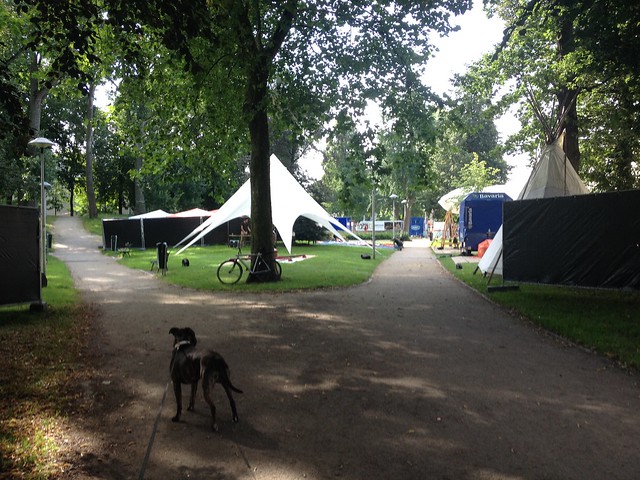 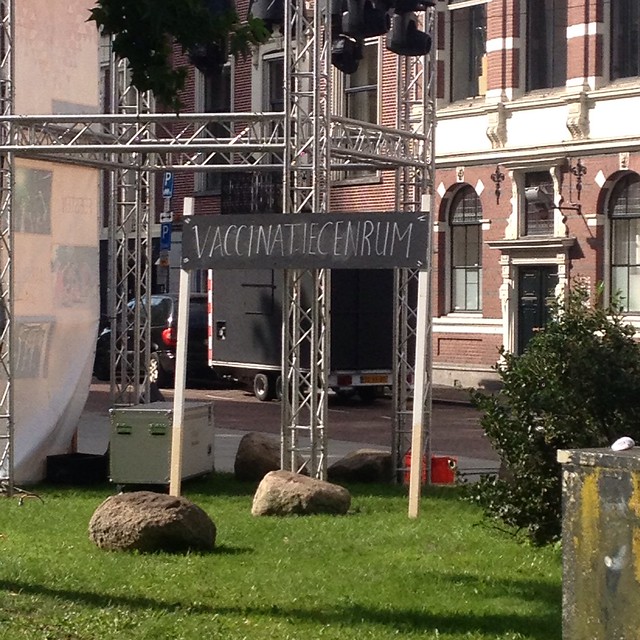 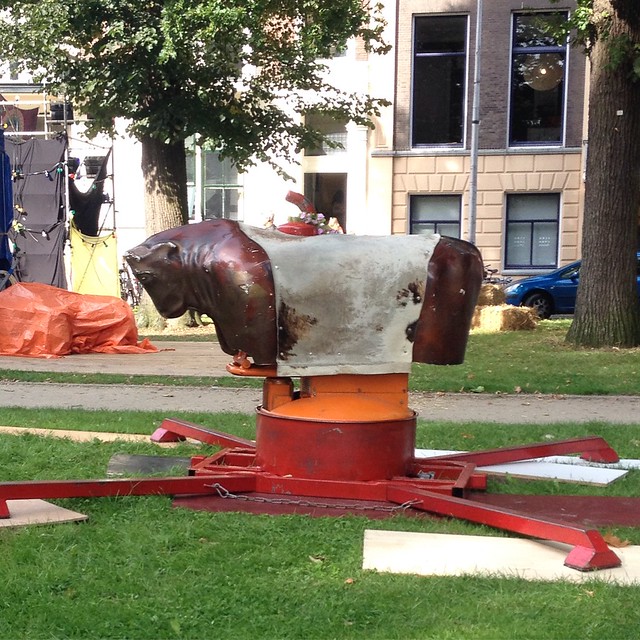 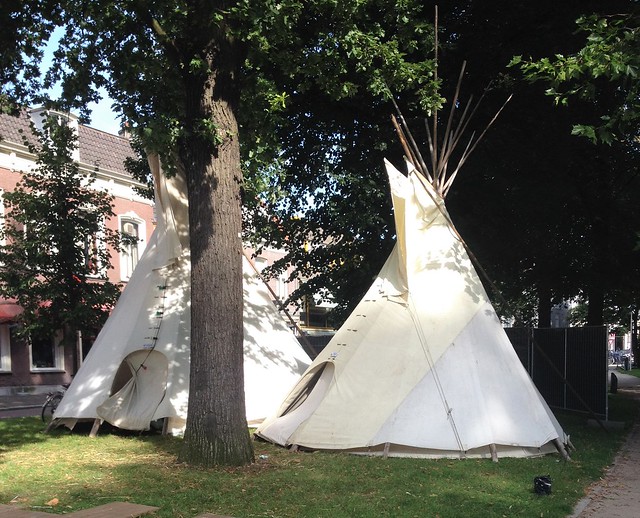 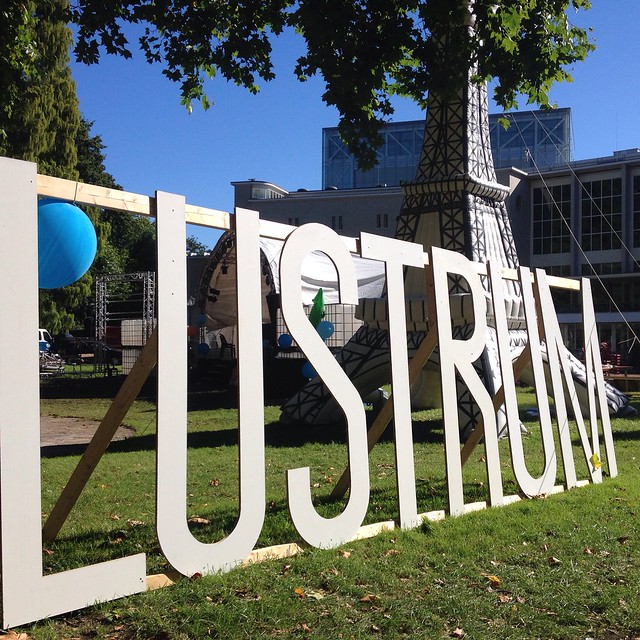 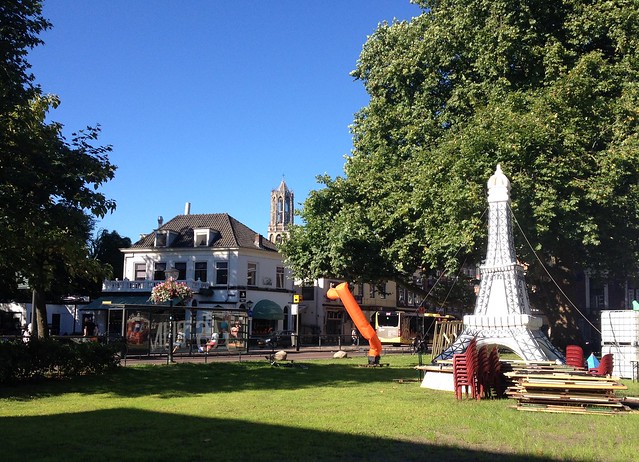 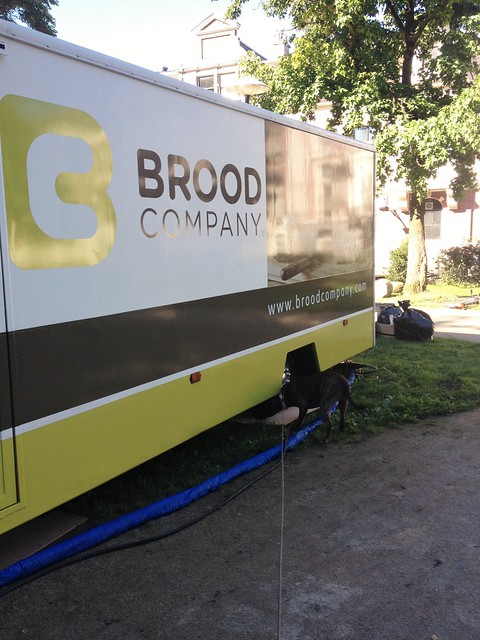 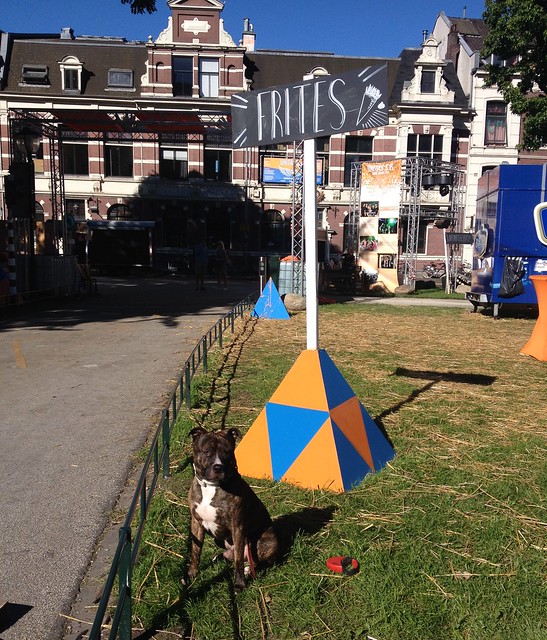 All on one short section of a street. 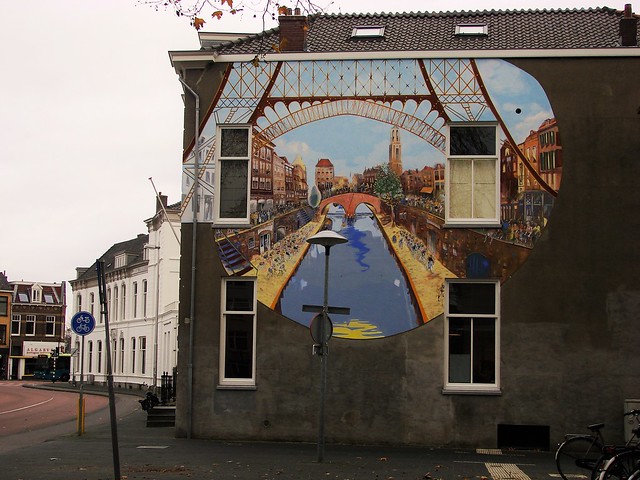 The boom and bang of fireworks is pretty constant at this point. I heard the first one at 9:12 this morning. We’ve been out running last minute errands and stocking up on food and wine for tonight and tomorrow, including lots of krentebollen for dessert tonight and to ring in the new year. We also enjoyed a nice drink on one of the terraces at Neude, under the clear blue sky. Odd to have it warm enough on the last day of the year to enjoy sitting outside! We’re staying in tonight, but it’s should be a nice evening nonetheless. So far, Charlie doesn’t seem upset or anxious about the noise of the fireworks, which is a massive relief, particularly as I remember how traumatized poor Pippo was by it all.

I have one more set of Tour de France-related photos, so I thought I’d cram them into one last post for the year. In the photo above, you’ll see another bit of race-related wall art, with a hint of the Eiffel Tower spanning the Oudegracht. If I remember the race route correctly, the street this building is on is the point where the riders turned off of Biltstraat (the street in the background). We had hoped that the riders would go all the way down Biltstraat so that they would pass Vino Veritas and we could enjoy some of the action. Sadly, it wasn’t to be. At least, if they were going to steal our action, they left behind a nice bit of wall art.

It’s fun looking at some of the details of the painting. There are racers on the wharves along the canal and there’s even a yellow jersey rider being pulled out of the canal! 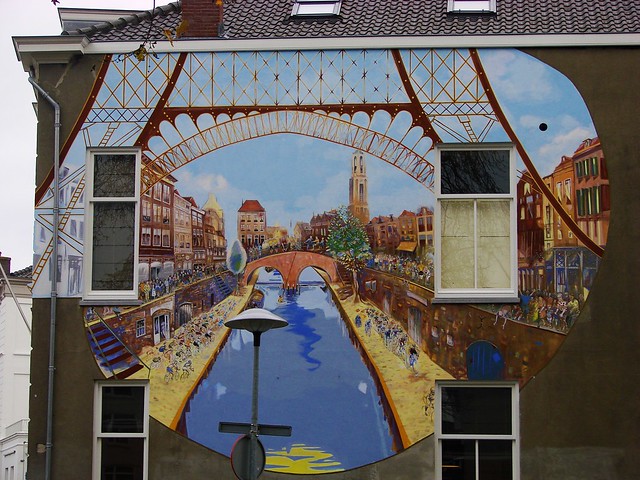 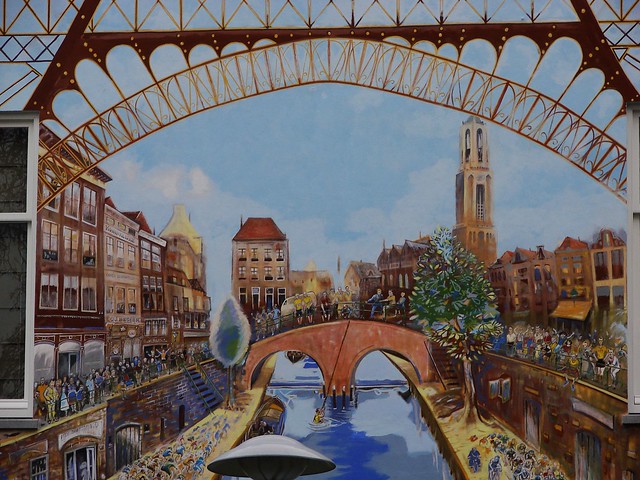 Have a safe and happy celebration tonight and Happy New Year to those who have already rung in 2016 and to all those still yet to celebrate! See you in 2016! 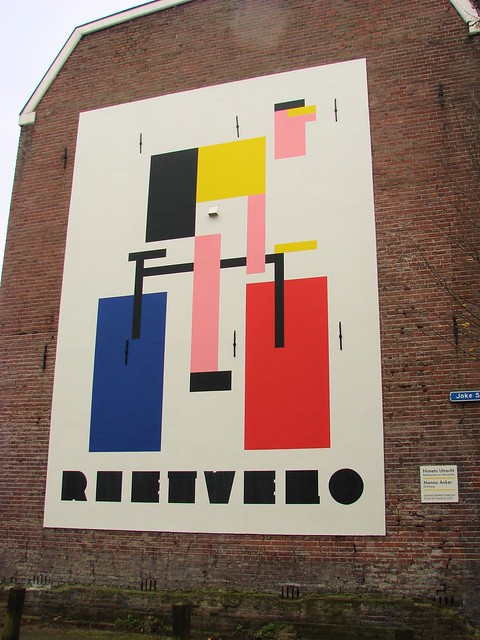 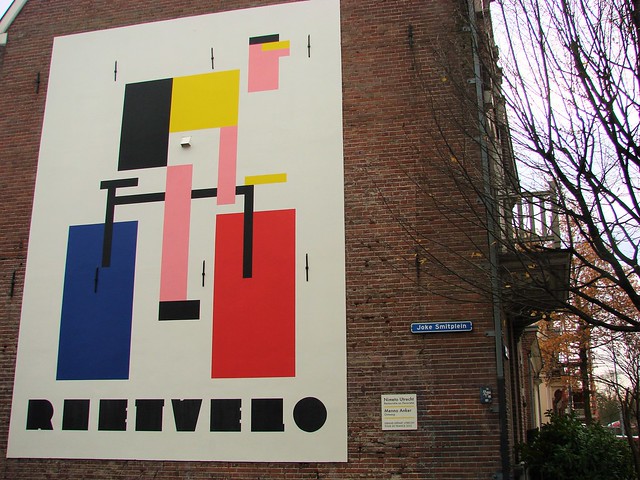 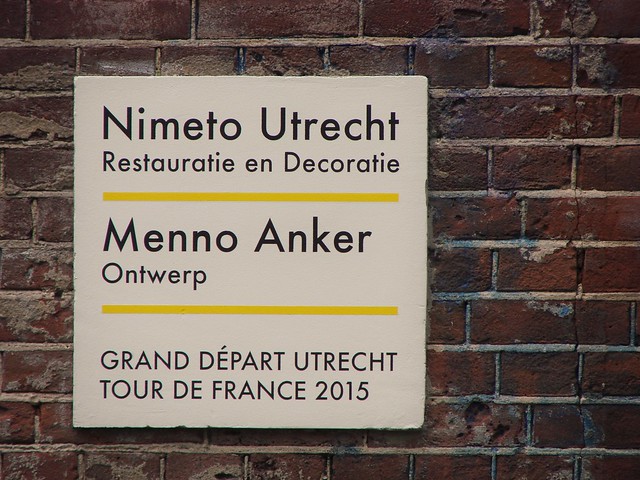 The city center of Utrecht is relatively small and it is still easy to find the borders of the ancient city, since there’s a canal that nearly completely rings the city. In fact, they’re in the process of reconstructing the missing part of the canal on the western side of town, which was turned into a highway back around the 1960s. The road is gone and the canal is coming back. I think it is ready for the water, as of recent news, though I don’t know if they’ve actually filled it in yet.

However, in addition to the canal that ringed the city, there also used to be walls surrounding the city for protection. Massive three-meter-thick walls surrounded the city and there were only three main gates (east, west, and south) that let people in or out. The walls were initially wooden but eventually built of stone. I think the walls initially began in the early 1100s, although I’m not sure if that was the wood or stone wall.

While out for a walk with Charlie one morning, as we walked along the northern edge of the city, I happened to spot this marker for the stadsmuur (city wall) from the 13th century. 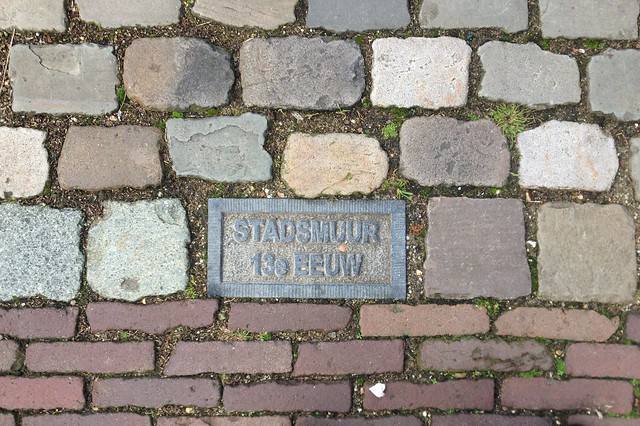 The walls stayed up into the 1800s, and while it’s interesting to imagine what it would look like if they were still up, ultimately, the view is much nicer now. Still, you can get a hint of some of the fortifications, particularly along the eastern side of town. When we don’t head north, we typically head south, walking along the eastern edge of the city, following the path along the canal. In one section, you can see a fragment of the old city walls. Don’t let the picture fool you. This is actually much higher than it looks, because there is earth built up in front of it and there’s a hill path that leads you up to the top. Behind the wall is a two-storey house and the roof is essentially level (or slightly lower) than the top of the wall. 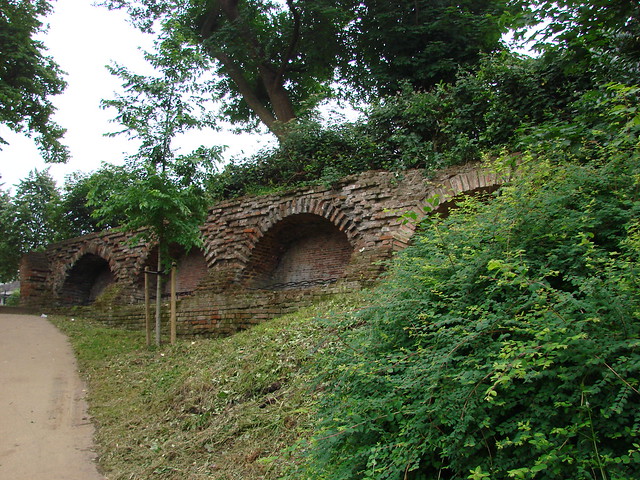 If you keep heading south along the eastern edge, you come to one of the bastions, which is home to the Sonnenborgh Museum now. Standing next to it gives you a real sense of the perspective and just how high and imposing the walls must have seemed. If you look at the old map, this is the triangular bit on the top right, which is actually the south east corner. 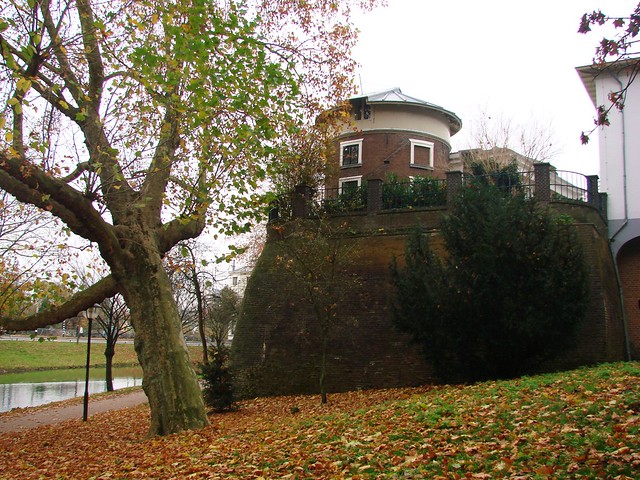 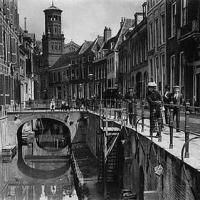