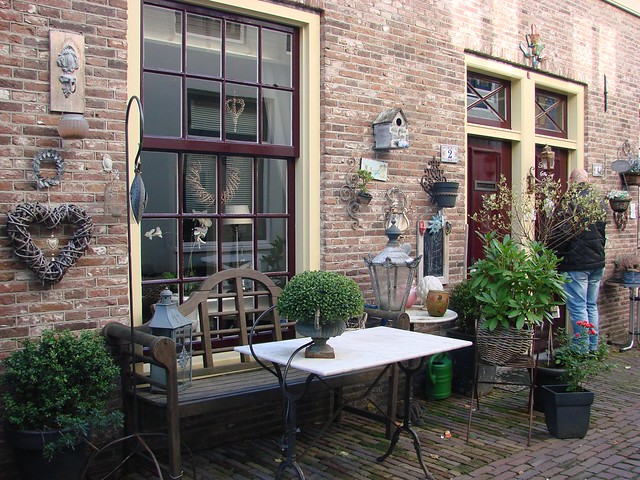 I wrote about the Zeven Steegjes (Seven Alleys) two years ago. For a moment, I thought I’d written about them two years ago to the day, but then realized I was a month off. Still, close enough.

Last month, while on the Free Utrecht tour held every Saturday starting at the Domplein at noon, (you should go!), I ended up getting to the Zeven Steegjes from a different direction than I’d seem them originally. It was a nice surprise when I realized where we were. On my previous trip, I’d been more interested in seeing the clear rows of buildings and hadn’t really wandered down the actual streets. This time, I was captivated by the variety of decorations in the neighborhood, both on individual homes and the details within the building designs. I love a good keystone! 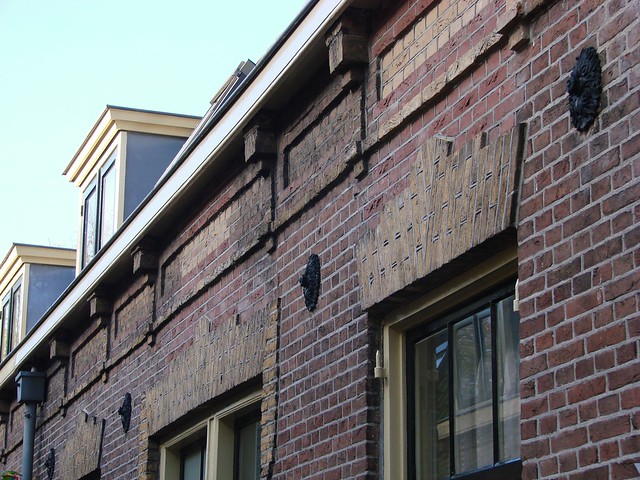 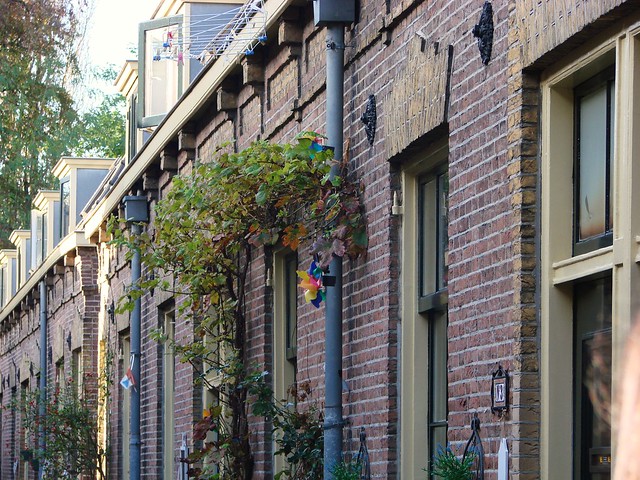 But seeing the rows of domestic streets from the back also gave me a different view of the rest of the neighborhood, including this fantastic view toward one of the church spires. 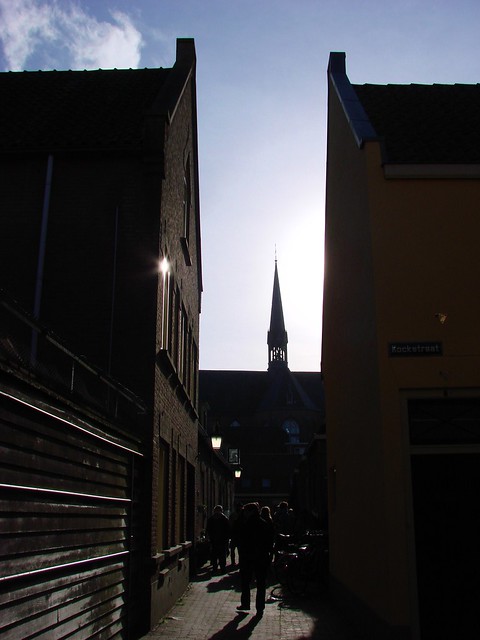 A bright, sunny, winter day also helps. Plus, the buildings also made me think a bit of Italy, with the orange roof tiles and warm colors that some of the buildings were painted. 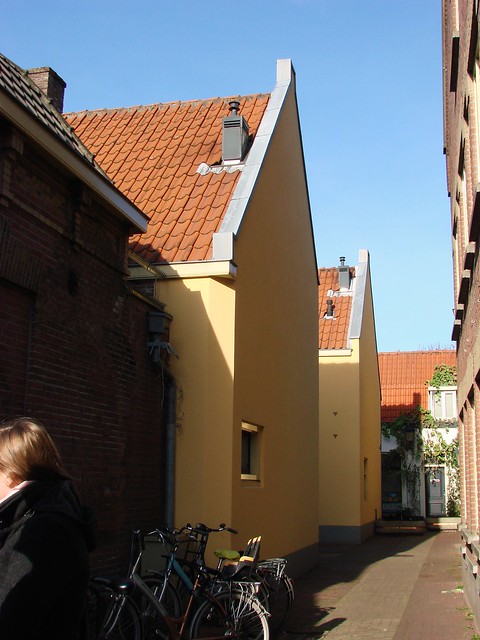 As if all of that wasn’t so charming you could just die, there was an adorable dog who seemed quite determined to tell us all off for invading his neighborhood. That, or he just wanted a bit of attention and someone to play with him. I would have gladly complied! 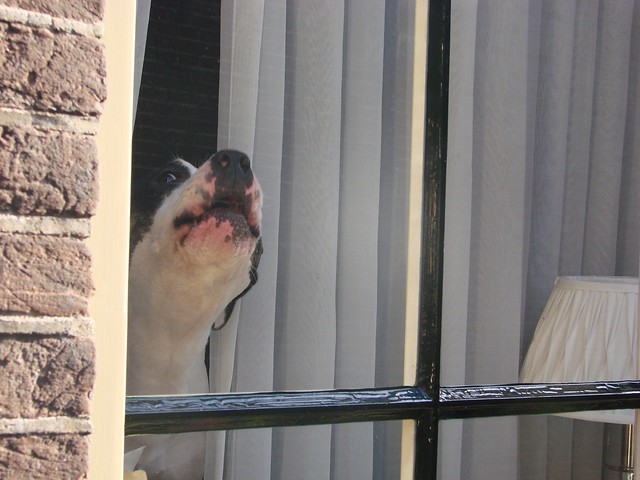 Needing to drop off some plastic recycling, which is further away than our regular recycling collection point, we decided to keep walking for a bit after our recycling duties were done. It was early on a Sunday morning with little else to do, after all.

It was a surprisingly nice morning to start, with lots of grey skies broken up by bright bursts of sunlight. With some of the trees still showing off their autumn colors, it really was a beautiful sight. Sadly, I haven’t sorted out my camera issues yet — and oh, the number of shots I would have loved to have taken today! — so I have no new pictures to share. You’ll just have to take my word that Utrecht was being its usual beautiful and quirky self.

As I hadn’t been over to the Domplein in two whole weeks, we decided to head in that direction as we walked up the Nieuwegracht. As we strolled along Achter de Dom, heading toward the cathedral, we noticed a cat following two women a few paces behind. Looking closer, I suddenly realized that I knew that cat! It’s the cat I used to see almost weekly as I would head to the Pandhof to take my gargoyle photos.

Best of all, the cat seemed to recognize us, as well, even from across the street. Spying us, he meowed and immediately crossed the street to come straight up to us, meowing the whole time. Despite knowing from past experience that this cat sets off my allergies, I couldn’t resist a quick pet as he rubbed against my legs.

Then he was off, with a final farewell meow as he went on his way. I hadn’t seen him in months and worried that he’d moved, as the antiques/art shop where he was often spotted had closed, so it was lovely to see him again.

It’s always nice to run into friends and acquaintances when you’re out and about. It helps to feel like you’re a part of a community. That applies equally to cats as to humans. Now excuse me, one of my cats is suggesting that now would be a good time for me to feed her, especially as I’ve been out carousing with other cats.