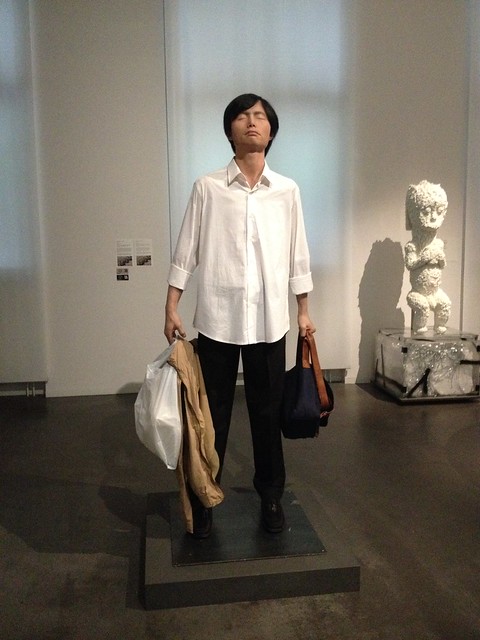 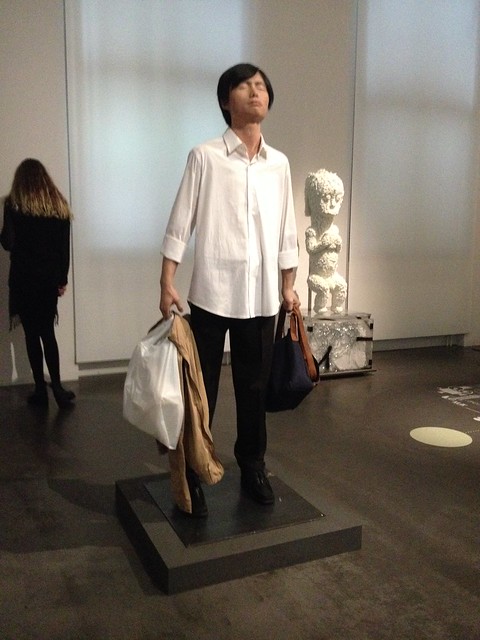 The western side of town is a mess of construction and renovation these days. As well as the construction of the new concert hall, the train station and the mall are in the process of being renovated. They’re also turning a road, which used to be part of the canal that ringed the city, back into a canal. As you can see, it’s a jumble of concrete, rebar, and who knows what else.

Yet if you look a little closer at all the construction, you’re likely to notice something a bit unusual.

It’s hard not to suddenly feel like the world’s gone a bit topsy-turvy and that perhaps you’ve ended up at the Mad Tea Party after imbibing something that makes you small. You may still be a bit mad, but at least you’re not seeing things. That is, indeed, a giant teapot on the roof of the Hoog Catharijne shopping center.

Why is a 7-meter-tall teapot standing on the roof of the mall? It’s part of a public art initiative titled Call of the Mall and is organized by the Foundation for Art in the Station Area in collaboration with the Municipality of Utrecht. The exhibition, which officially opens on 20 June, will feature 25 works of art placed throughout the mall and train station. Some are indoors, some are outdoors, and some are performances and presentations.

The Celestial Teapot by Lily van der Stokker represents the small, intimate aspects of daily life juxtaposed against the architectural destruction and aggressive consumerism. An interesting piece that was installed this week (unfortunately only a day after I was there) is a representation of the iconic man who stood in front of the tanks at Tienanmen Square. A thought-provoking piece when considered in the light of trying to make a stand against rampant capitalism and development, particularly with the current situation in Turkey.

The goal of the exhibition seems to be a collection of international works of art that reflect the times we live in, politically, emotionally, economically, and structurally. The location — the Hoog Catharijne, Europe’s largest indoor shopping center — is an interesting site for the exhibit.

When it was first constructed 40 years ago, it was considered innovative and exciting, but eventually came to be thought of by many as a massive eyesore. As the Call of the Mall website says, you either love it or hate it. The past 40 years have certainly seen a shift in thinking. Rather than closing off more canals and making them into roads, canals are being reopened while cars are being pushed further out of the city center. Progress means something different, in many ways, to what it once meant.

Hopefully these works of art will contribute to the discussion about what roles art and commerce should play in the future and how they can co-exist for the betterment of all. I like that amid all the rubble, there are these works of art of all sizes that can stop and make you think or simply just smile. After all, is a bit more beauty in the world such a bad thing?

You can read more about the whole project (in Dutch and English) at the official Call of the Mall website, which includes information on other works of art that will be on display.