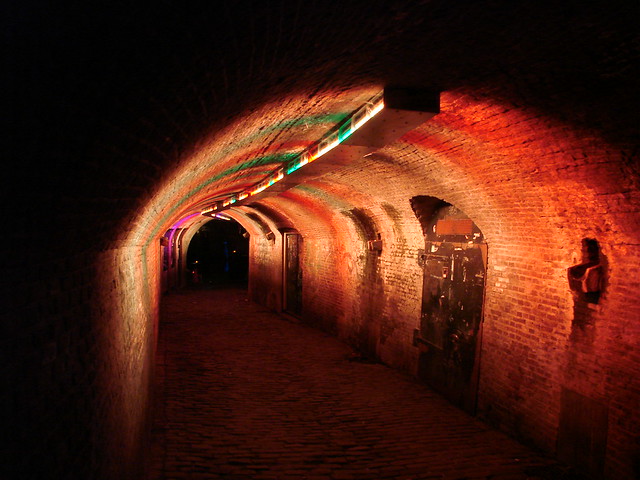 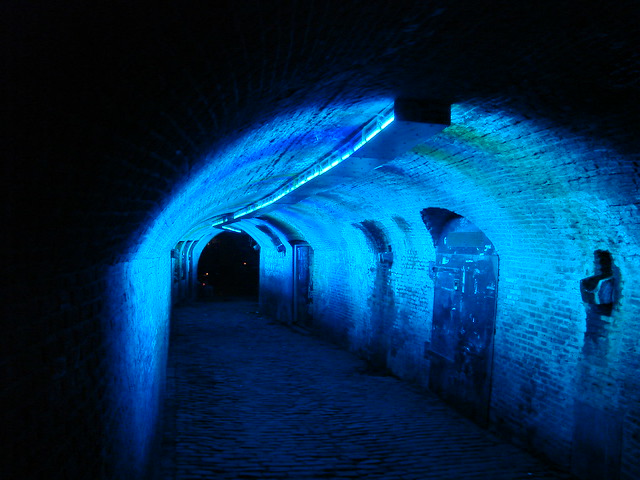 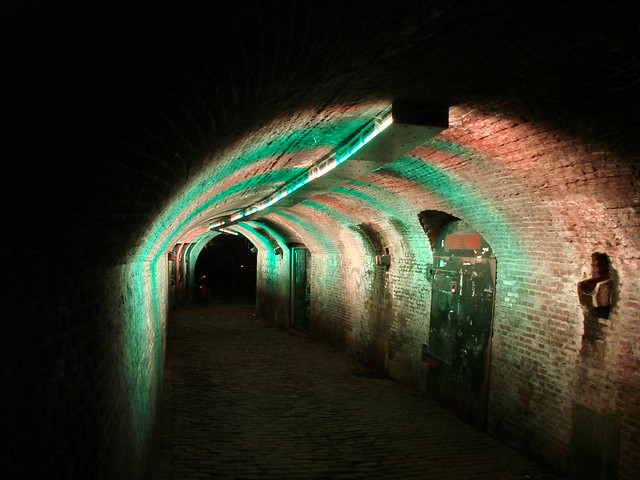 I’ve written before about the Trajectum Lumen light art installations to be found throughout the city. From simple to grandiose, they put the spotlight on Utrecht’s rich history. One of my favorites is the Ganzenmarkt tunnel. The lights are constantly changing colors, creating a psychedelic fairytale landscape that makes me think of Alice falling down the rabbit hole. Plus, the tunnel leads down to the Oudegracht, where you get a great view of the Stadhuis, plus some more lights under the Stadhuise bridge. During a past visit, this was one of the color sequences, though the shifts from one color to the next are more gradual.

If you’re visiting Utrecht or thinking about visiting Utrecht and are looking for things to do, a walk through the city, enjoying the lights, should definitely be on your list. The lights begin at dusk and go until midnight, 365 days of the year, so you can check them out whenever you like. It’s a nice way to cap off an evening.

The other week, while attending the Lekker Utregs festival highlighting local produce, I was happy to see an exhibit set up showing old photos of past Utrechters buying and selling various produce. The exhibit was a collection of photos from Het Utrechts Archief, such as the one posted here. The photo shows fruit sellers at the Ganzenmarkt in 1890.

I found it interesting to see, since I haven’t seen any markets in that area since moving here, yet it was obvious from the name that there were once markets of some sort. In doing a bit of research, it looks like there was also a poultry market at some point. Unfortunately, I don’t know when they stopped setting up markets in this area, though.

Today, the newer construction of the Stadhuis replaces some of the older buildings seen on the left. Some of the buildings on the right remain the same, while a few have at least had a facelift, starting around Theater Kikker, although the corner building seems to have maintained it corner entrance. Now, though, it’s bikes, rather than stalls and horse-drawn carts, that fill the area.

It is believed that the Oudegracht, which lies at the end of the Ganzenmarkt, follows part of the original flow of the Rhine River. In fact, part of it may have originally run along what is now the Ganzenmarkt. Eventually, the flow was altered, replacing water with land. Since the Middle Ages, the Ganzemarkt has been the site of various important buildings, such as the Stadskasteel Compostel (Compostela town castle), and of course, the city hall square which runs along the street now.

Although not clearly visible in the old photo, in the newer photos, you can see the tunnel that runs from the street level down to the wharf level of the Oudegracht. The canal was used for transporting goods, so the tunnel, and a crane that stood at the end of the tunnel, helped move goods from ships to land. This tunnel is also the site of one of my favourite Trajectum Lumen installations, the rainbow-coloured tunnel.

As often as I’ve walked along the Ganzenmarkt (which runs from the Oudegracht to Minrebroederstraat), I never really contemplated the history of the spot. Thanks to the old photo of the fruit market, I’ve learned a tiny bit more about the city.

When I saw the subject for this week’s photo challenge, I came up with a number of ideas, but the one that appealed the most was this tunnel that leads from the Ganzenmarkt down to the Oudegracht. It’s one of the many areas that has undergone a light-art transformation as part of the Trajectum Lumen installation around Utrecht. It’s also one of the spots that I’d not yet visited to see lit up. When we went to dinner on the Oudegracht the other night, I figured this was a perfect opportunity to see the lights for myself and to get some photos for this challenge. In the end, I took a number of photos, playing with movement and aperture opening times. I’ll probably post some of the fun ones tomorrow for Wordless Wednesday and leave this post for just the few that best represent the path to enlightenment, so to speak.

The city of Utrecht initiated Trajectum Lumen as an exploration after dark, following artistically lit locations throughout Utrecht’s historical city center. Launched in the spring of 2010, it will reach its climax in 2013 when Utrecht celebrates the 300th anniversary of the Treaty of Utrecht. The light displays run every evening after dusk, all year long.