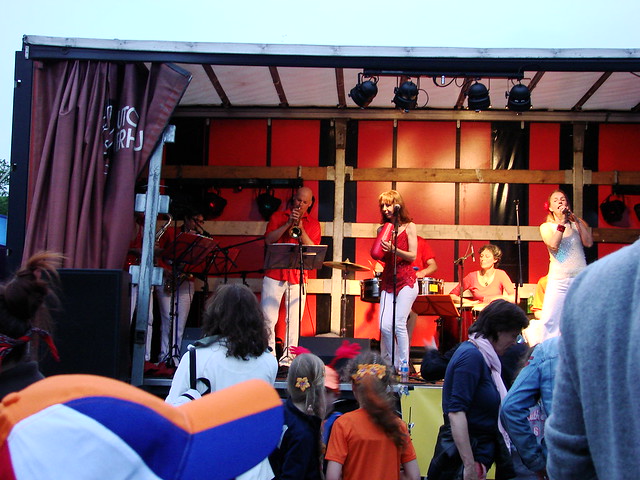 I’m far from being a monarchist, but having a monarchy has its moments. Like this weekend. Queen’s Day has always been fun — and nowadays is more about having a good time than celebrating a monarch — and now the first King’s Day has also gone over well. We celebrated King’s Night a bit more than the Day, but we still got out and wandered around the city a bit during the day, although we skipped the heavy crowds of the vrijmarkt this year.

Our house is close to one of the multiple stage areas around the city, so as soon as the live music started up, we could hear it all clearly from home. We enjoyed some from our terrace, as we grilled out, and then after dinner, we decided to go out and see it in person. The sounds of the salsa band playing were particularly enticing. As it turned out, I even knew the trumpeter. It’s Robert from the Kat in de Stad books! We weren’t the only ones enjoying the music. There was a growing crowd, but still enough space for dancing. 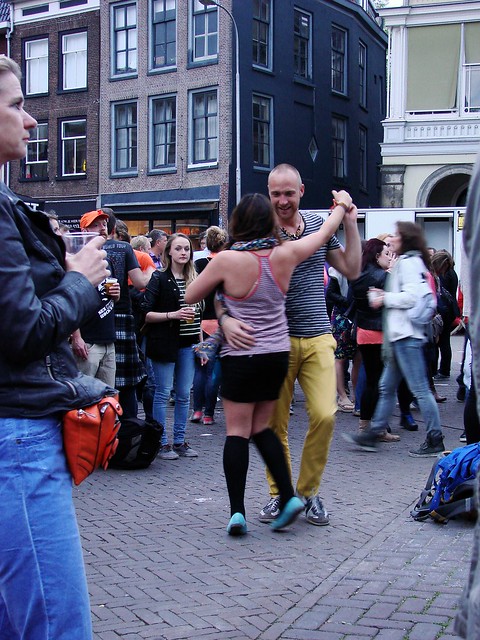 After listening for a while, we decided to wander around, checking out more of the festivities. The streets were blocked off from auto traffic, so the streets were a free-for-all of people and bikes. Mainly people. Lots and lots of friendly people. It was a really positive vibe, as it is every year. We decided to head over to Neude, where another of the big stages was set up, but not before stopping for a glass of prosecco along the way. Wine, beer, coffee, soft drinks, and food … all of it was available from a variety of stalls and restaurants. It was a bit like my New Orleans days; open containers allowed! The first place we got our prosecco from even had fluted plastic glasses for it! 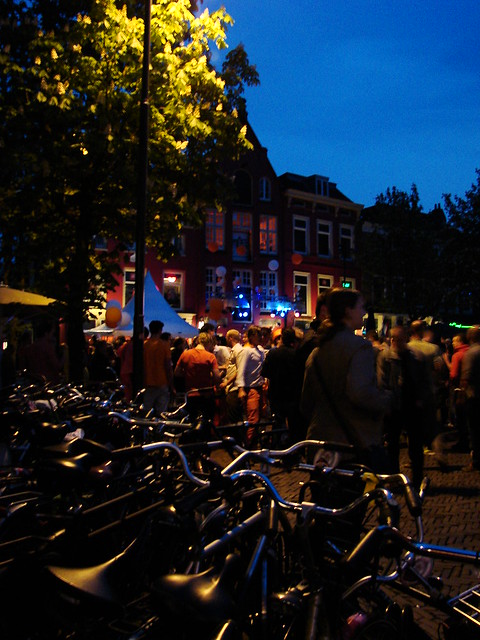 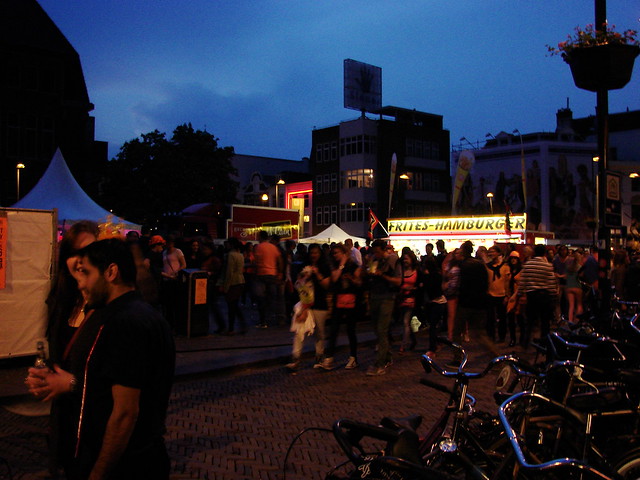 By the time we got to Neude, it was getting darker and the crowds were getting bigger, but still everyone was having a great time. We stopped for another glass of prosecco before heading over to Janskerkhof where another big party was getting under way.

There was a big stage with live music and lots of lights and colors. The music wasn’t my favorite, but visually the area looked amazing! 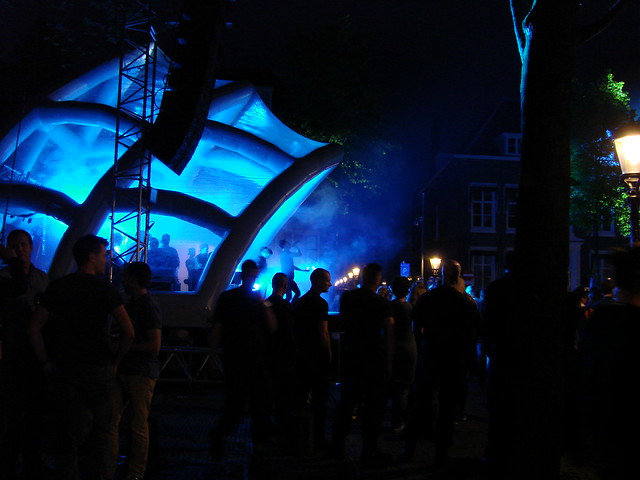 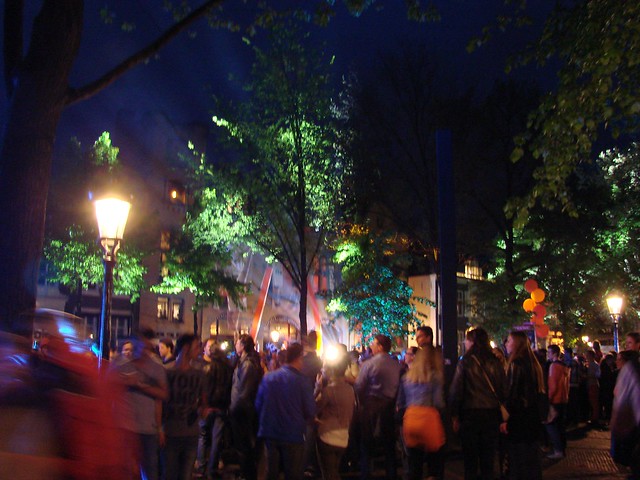 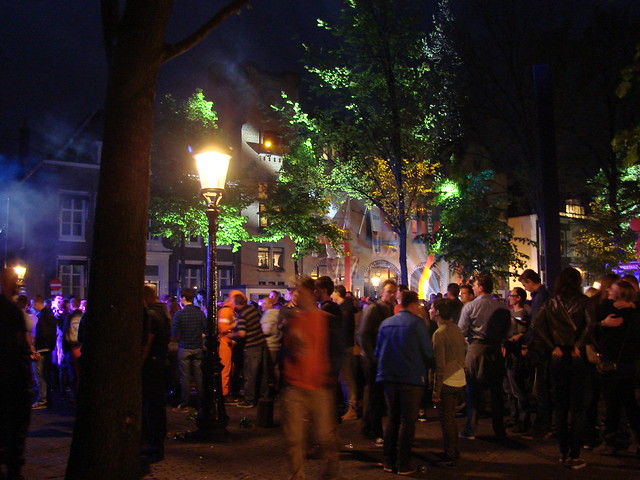 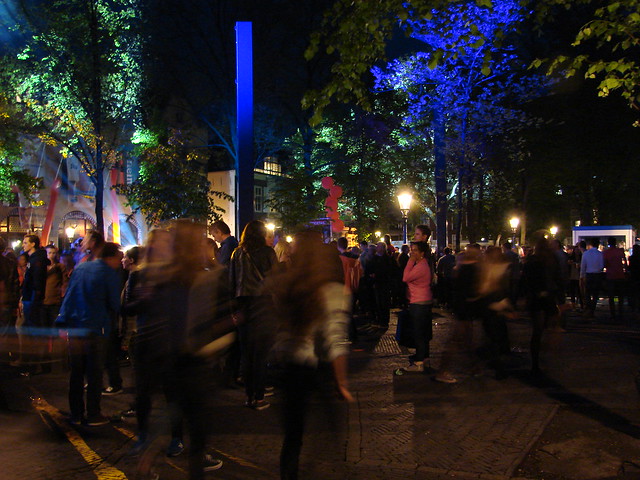 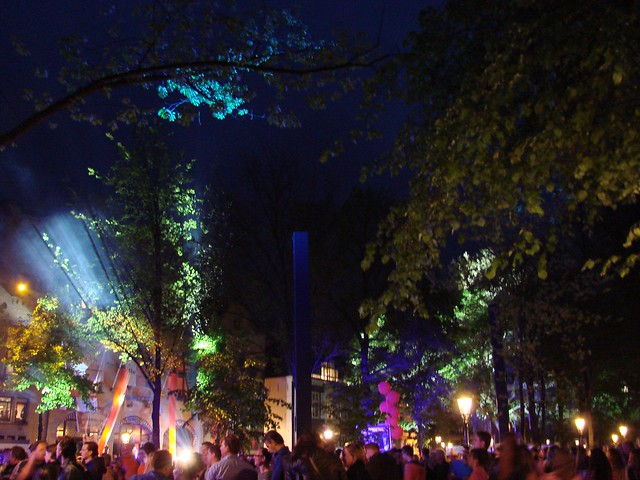 After taking in the sights, we finally finished the loop and headed back to our own neighborhood to enjoy more of the party. We watched some of the music for a while and then decided to head home. That didn’t mean we were done for the night, though. The weather was so fantastic that we decided to do what many a Dutch person does and set our chairs out on the sidewalk in front of our house. That way, we could enjoy the music and do a bit of people watching. We stayed out there until the music ended at one in the morning, exchanging greetings with lots of passers-by. We had a truly gezellig evening! 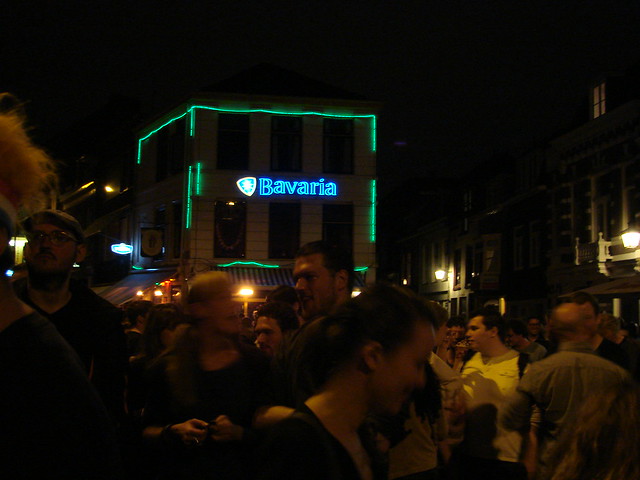 For King’s Day, we had a leisurely start to the day and watched a bit of the royal family taking part in their own festivities on TV. We then headed out around noon — while things were still quiet — and enjoyed the sunshine and the friendly atmosphere. When we got to the Oudegracht, we even saw a band that we’d seen last year that we really liked. I wish I knew their name, because I’d love to see them perform again. They have a super cool, blues-y, Morphine-ish sound that is fantastic. 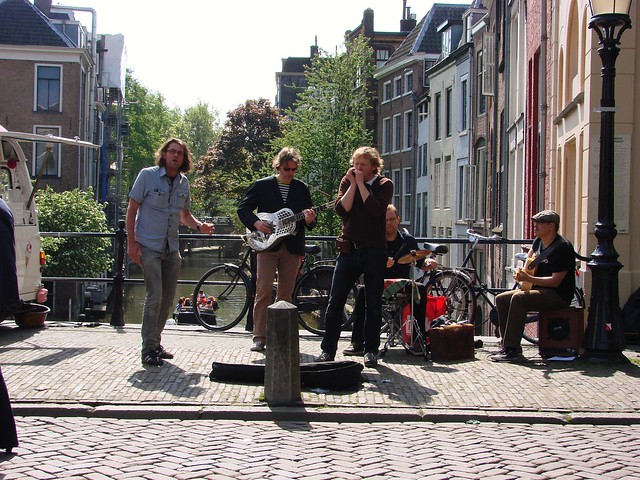 We were feeling pretty mellow ourselves, so after a walk to Mariaplaats — before the crowds arrived — we headed back to enjoy some more of the bands playing in our neighborhood, finishing the day relaxed and happy. 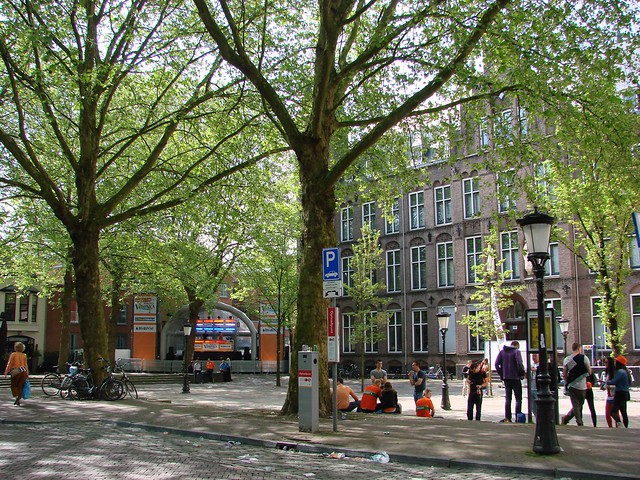 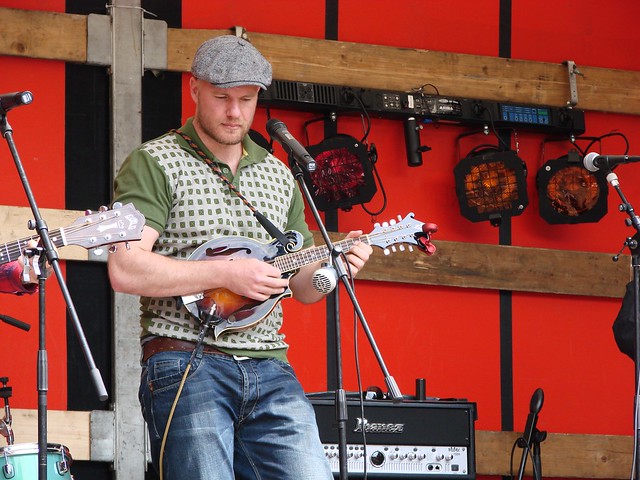