While visiting the Centraal Museum the other week, I came across two more of the Nijntje/Miffy statues as interpreted by various artists. The first one, appropriately, now stands outside the Nijntje Museum, which is across the street from the Centraal Museum. (One ticket gets you into both museums.)

The second Nijntje is a bit harder to see (thus the 1/2), as I took a photo of it through a window in the museum. It stands in the newly renovated courtyard. This one is particularly interesting, as it’s about four Nijntjes creating one. Unfortunately, I don’t have any artist information for these, but it’s nice to see a few Nijntjes still hanging around her home city. 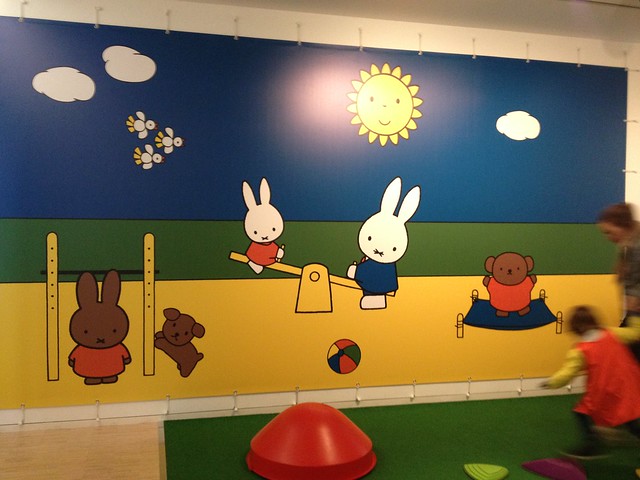 While friends were visiting in November, I finally got around to seeing the dick bruna huis. Admission is included in your ticket to the Centraal Museum (which is across the street from the dick bruna house), but I had never gotten around to visiting in the past. Who is Dick Bruna, you’re possibly asking. Bruna is the creator of Nijntje, AKA Miffy, the illustrated rabbit who is celebrating her 60th birthday this year, with some festivities taking place as far away as Japan. As the Alphaville song goes, she’s “big in Japan”. Bruna is an Utrechter famous for his work as an illustrator, writer, and graphic designer, with work for all ages.

Although I didn’t grow up reading the Nijntje books, I have been aware of her for a number of years. Someone in the office building across the street from my office in New York even had a couple of Nijntje posters up in their window, so I often found myself looking at the adorable little rabbit while I tried to find inspiration for my own work. However, having neither a childhood connection to the books, nor children of my own, the dick bruna house was never high on my list of places to visit. It was always one of those things I figured I’d get around to eventually. Fortunately, having visitors is a great way to see those sites you otherwise put off.

As it turns out, it was announced just last week that the dick bruna house is going to be renovated and renamed as the Nijntje Museum, with the full focus being on the famous little rabbit. Work starts in early July and will likely run through December.

As it is, the site is already primarily focused on Nijntje, with walls full of the various books in a babel of languages, interactive play areas, and a large golden statue of Nijntje. It is definitely geared more toward children, but visually it’s still an interesting place and certainly worth a quick browse if you’ve already purchased admission to the Centraal Museum. I’m glad I did finally visit. If nothing else, I ended up with a great selection of postcard versions of some of Bruna’s book cover illustrations that I really love. 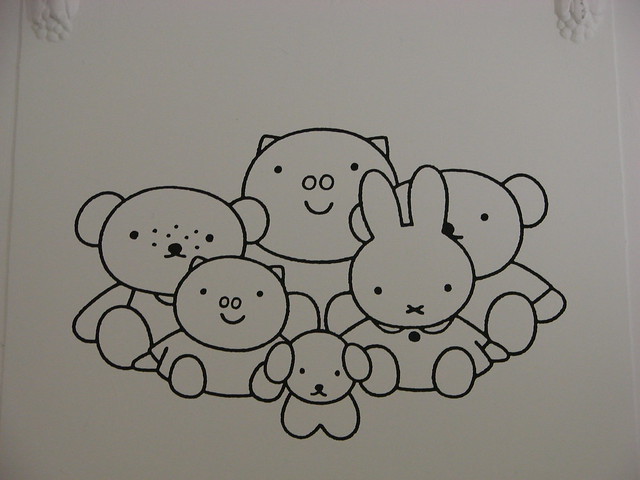 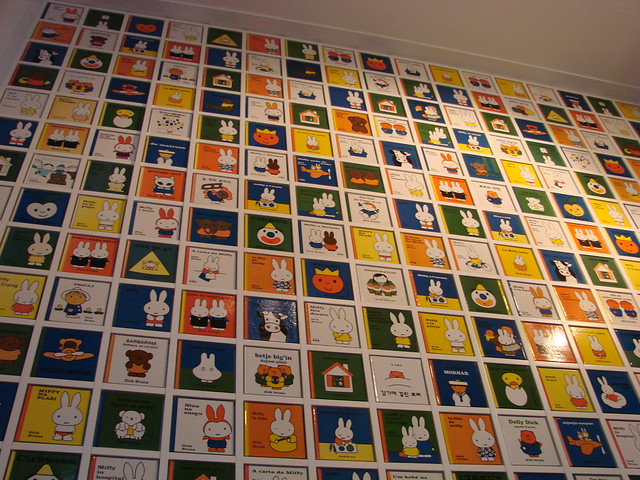 The towering wall (one of three) full of the various Nijntje and friends stories, translated into numerous languages. 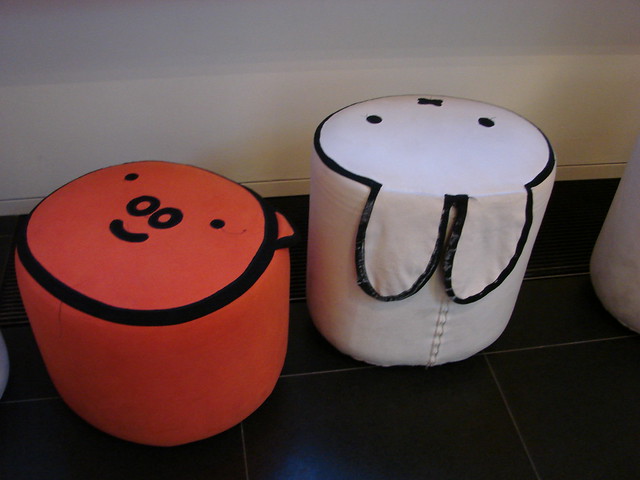 Beneath the books are a few listening stations and cute little seats for children to sit down and read and listen to the books. 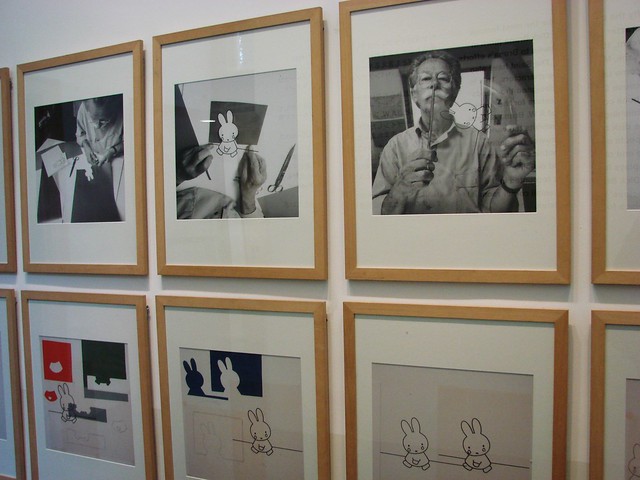 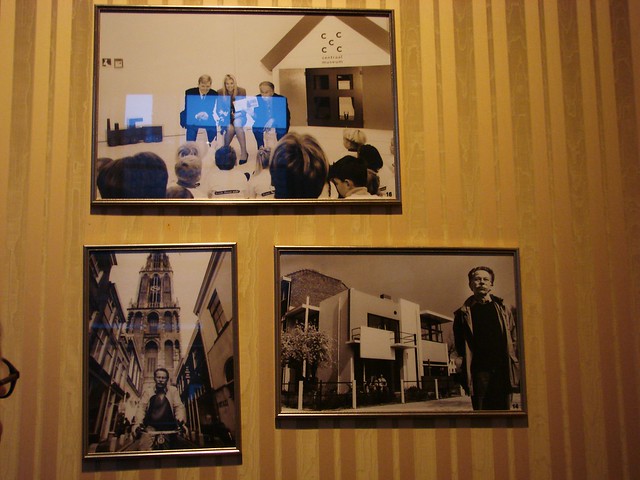 It’s not all Nijntje, though. There are also photos of Dick Bruna at work, as well as a few photos of Bruna with the king and queen, riding his bike in front of the Domtoren, and standing in front of the Rietveld-Schröder House. 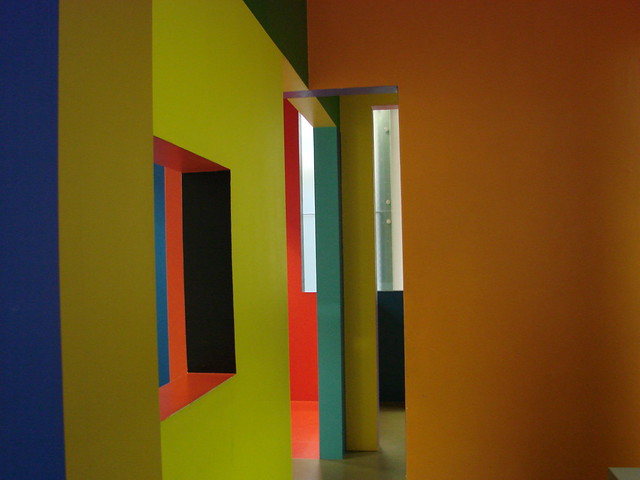 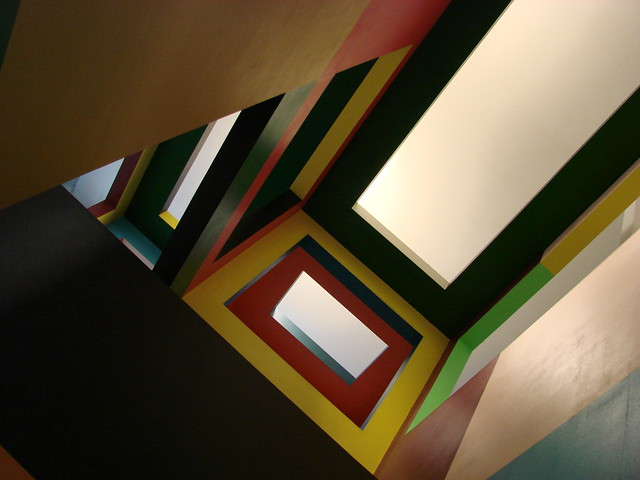 The interior is a great mix of white walls to show off the works, as well as kaleidoscopes of color in some of the rooms and passageways. And there’s always the golden Nijntje if you want a touch of glam … 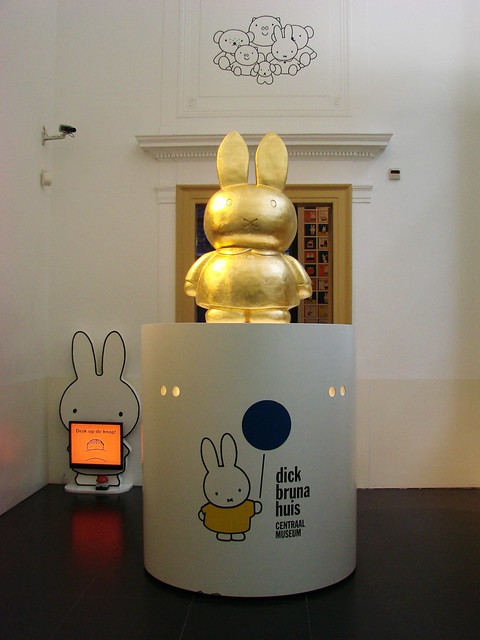