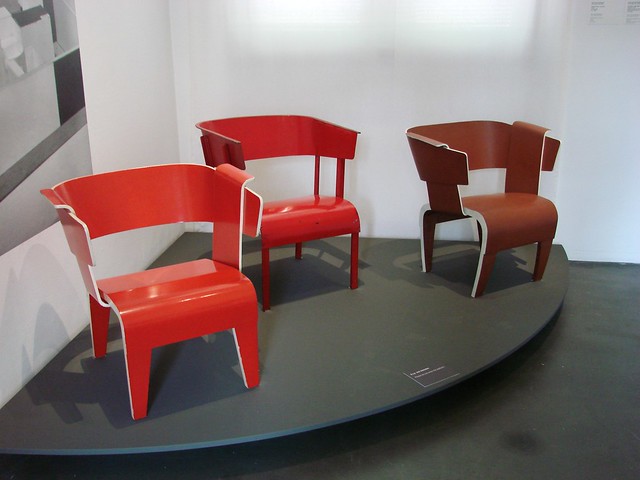 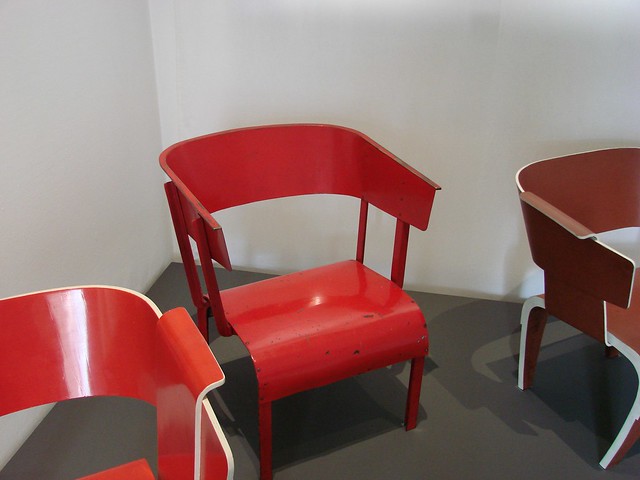 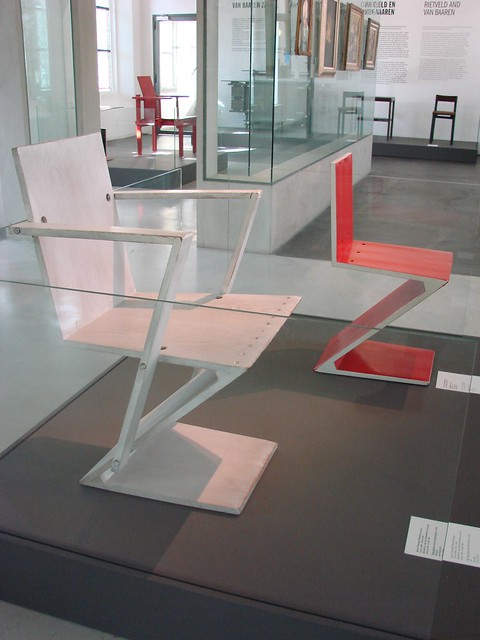 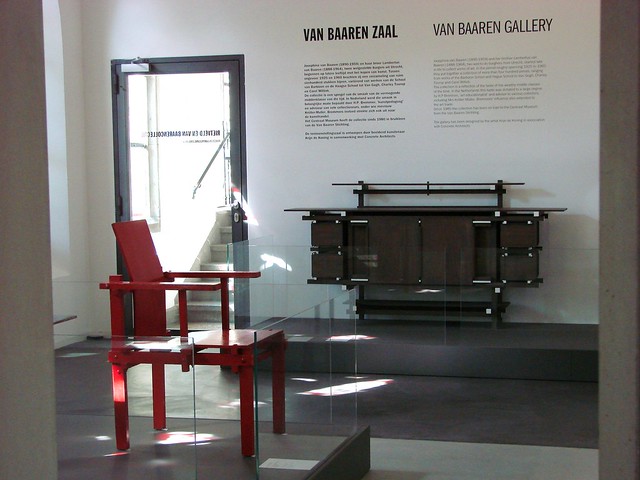 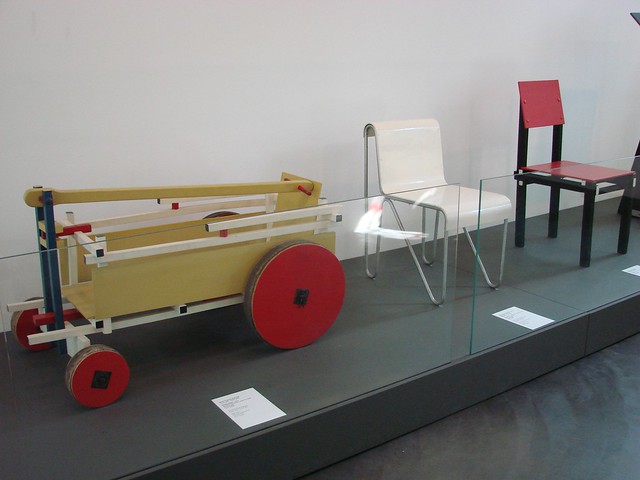 Grocery shopping. We all do it, whether we enjoy it or not. But have you thought much about how it used to be before we had grocery stores and name brands to turn to? The Kruideniers Museum, in a little area just behind ‘t Hoogt cinema near Neude, takes visitors back to the early days of grocery stores. The museum is actually a shop on the ground floor, where you can buy various drop, mints, candies and household goods carefully weighed out in the traditional way. Upstairs, in the 17th century building, is a small area set up to show some of the early packaging, displays and measurements first used in these kinds of shops.

The museum is known also as Betje Boerhave, in honor of the 19th century grocery woman whose notes and diaries have provided much of the historical information for the museum. The museum receives no subsidy and runs on donations and the profits from the candy and goods sold in the shop. Admission is free, and the volunteers who keep the museum running are very friendly and obviously care about the museum.

It’s definitely worth a visit, if for no other reason than to take a look at some of the early packaging of products you may well remember from childhood, or even products that you still buy today. The Droste cacao display I posted Friday is just one of the many interesting and attractive product displays set up. It was fun to see ones that I recognize even from America, along with brands that I’ve come to know since moving here, including Hema and Maggi.

One of the unintentionally funny — and scary — displays was this advertising poster for syrup.

I have a post about a small museum in town that I’ve been meaning to write since November, but I keep forgetting. Today, I got my photos loaded up to Flickr, but to be honest, I’m een beetje moe (a little tired) and don’t feel like working on the translation I’d need to do to give you the proper information. So instead, here’s a teaser of what’s to come. This photo of Droste Cacao, a popular Dutch cocoa powder, shows one of the exhibits at the museum. Plus, if I post this without any further info, it puts pressure on me to actually get the full post up this weekend, so you’re not left wondering. Think of today’s post as a cliffhanger!

Late last year, the Waar in Utrecht photo game got together with the Centraal Museum to do a special Rietveld in Utrecht version of the game. For eight rounds of the game, a detail of one of Rietveld’s buildings in the Utrecht region was posted and players had to guess the building. I tried for most rounds, but didn’t get lucky in having my name picked from the winners until the very last round. The prize for each round was two free tickets to the Rietveld Universum exhibit at the Centraal Museum, along with a gift pack of some sort. Because of the holidays and other distractions, I didn’t end up going until this past Sunday, technically the last day of the exhibit. (The exhibit turned out to be so popular that they extended it for an extra two weeks, now running through 13 February.)

The exhibit is an interesting and informative display of both Rietveld’s design and architectural works, as well as works from his contemporaries, showing his influence or the general influences of the time. Keeping with the colors of De Stijl (an art movement he was associated with, to one degree or another), the majority of the exhibit is surrounded by light grey walls and Rietveld’s works, specifically, were put against a grey backdrop/platform, while the work of his contemporaries was put against a white backdrop. It’s a simple, yet useful way to exhibit the work of multiple artists, while remaining cohesive and clear. Simple, yet effective! The walls also featured quotes by Rietveld or by his contemporaries about Rietveld, in both Dutch and English. Above is one part of a discussion about the idea of the “Echte Rietveld”, the idea of clients wanting a “real” Rietveld building, even though the reality is that his own style changed somewhat from building to building. I particularly liked the last line, the way it seems to sum up his career into “that one chair and that one house.” Just on the surface, it may seem like an accurate summation: he’s best known for the red and blue chair (pictured above, in Lego form!), and for the Rietveld-Schröder House, which I’ve mentioned before.

The reality is that his work was so much more than just those two items. In fact, as I have learned more about both Rietveld and Utrecht, I’ve been amazed to realize how involved and influential a figure he was. He built numerous buildings or building facades throughout the Netherlands, not just Utrecht. He also designed a variety of fantastic chairs and lamps, and other items of furniture, including one lamp that G and I fell in love with at first sight.

Along with the chairs and building models (that Rietveld himself made), and the architectural plans and work from other designers and architects, the exhibit included general photos on the backs of some of the exhibits, featuring images of cultural and political highlights of the time period associated with the work Rietveld was doing. There were also short film loops shown, including factory work, shopping at the V&D, and other time-capsule type films. They were fascinating to watch and really did help further the ideas being described through Rietveld’s work.

Another element to the exhibit was the inclusion of little audio pods you could take with you and turn on by holding them next to designated spots throughout the exhibit. You would then hear actual recordings of Rietveld (or a translation if you got the English-language pod) describing some of the ideas and background of certain pieces. Often, they were a bit humorous at times. It was a nice way to add another interactive and informative element to the exhibit, without being tedious and tying you down for any one spot or order.

I really enjoyed the exhibit, and while I didn’t learn a lot of new things — because I’ve done a lot of reading about Rietveld and the other artists — I appreciated getting to see his work in comparison with others and in conjunction with the time periods themselves. Getting an idea of how other artists viewed him was also fascinating. In other words, it’s an excellent exhibit, whether you know a little or a lot about the man. The exhibit will be travelling on to Rome in April. If you can’t see it here in Utrecht, then go see it in Rome! It’s definitely worth seeing and experiencing.

As for my prize pack, the woman at the ticket counter wasn’t sure what was in it when we first arrived and I gave her the e-mail that said I had won tickets and a prize pack. While we were off looking at the exhibit, she said she would find out and have it waiting for me when we were done. Sure enough, it was waiting for me when we were ready to leave. I got a black tote bag, a mouse pad, a poster, and a coffee mug. I’ve used the mug a lot since then. Funnily enough, a day or two before we went to the exhibit, I ended up getting the exhibit poster that was hanging in the bathroom at the Potdeksel. I had been coveting it, and since the exhibit was ending (or at least the dates on the poster didn’t show the extension), I was able to get the poster that night. Who knew I’d end up getting another copy in my prize pack! If I can find a mailing tube, I may yet give away the extra poster here on my blog.