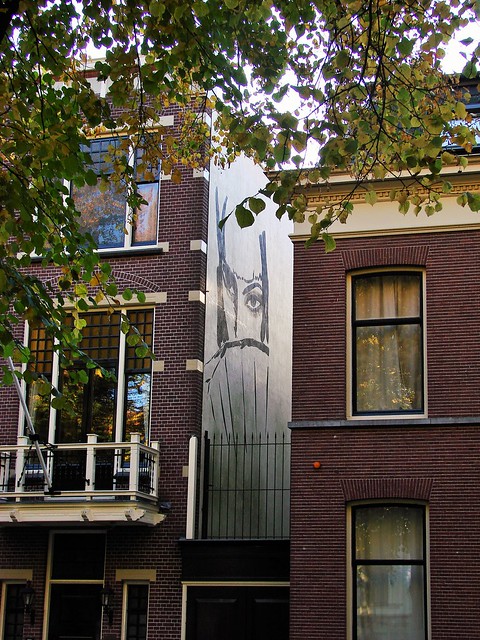 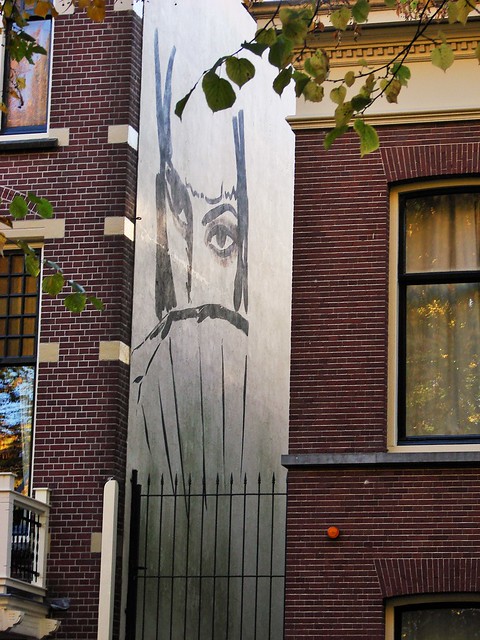 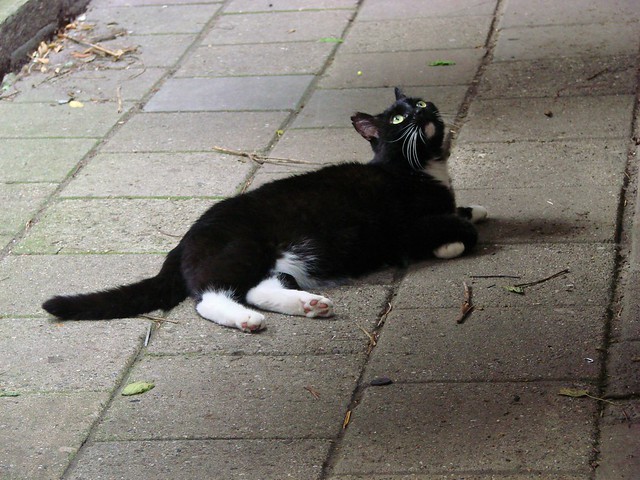 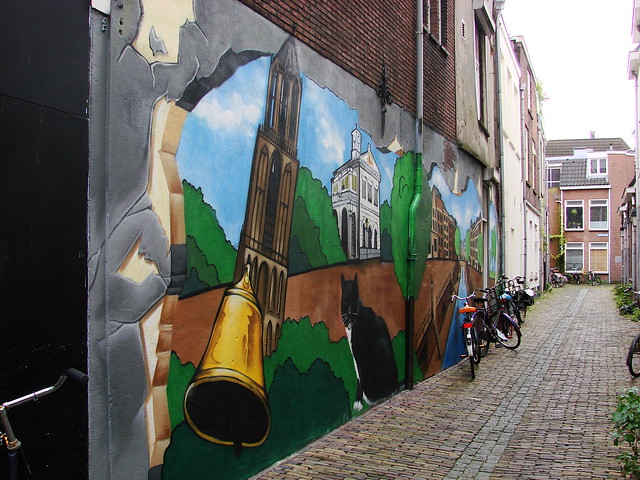 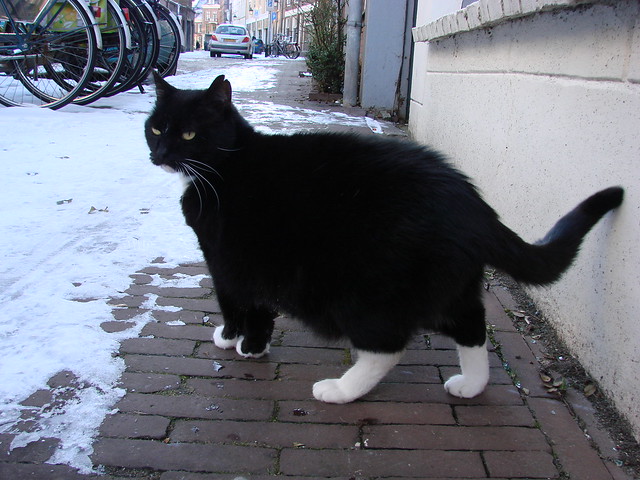 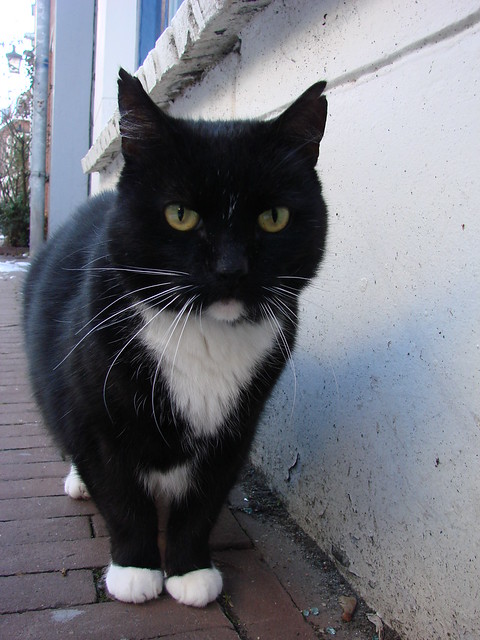 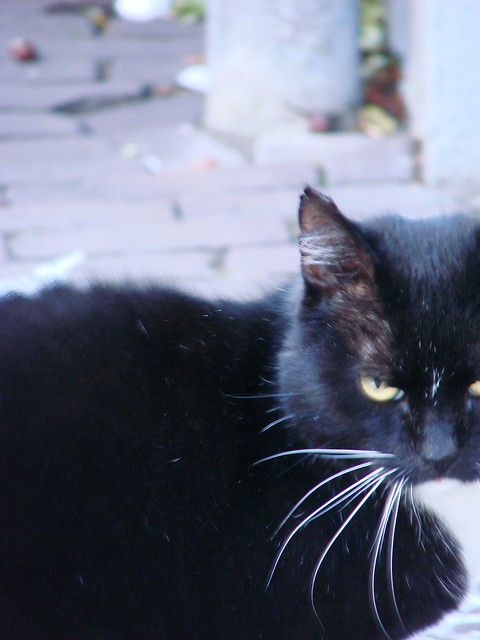 Sadly, this particular street wasn’t in the sun the day I took this photo, nor is there any sun to be seen today. Yet that is precisely why I chose this photo for today. It’s the literary hope for things to come. On such a wet, miserable day as it is today, the dream of spring sunshine seems like exactly that: a dream.

This bit of wall art/poetry translates roughly to:
A street in the sun, and from an open window, your favorite music

There was no music at all that day, but the open window was still a nice touch. It’s certainly a lovely thought that brings to mind warm, happy, summer days. There are other buildings in that general block near the Wittevrouwensingel that have further bits of writing.

This one says:
It was the morning
it was light
The sun rose
and we looked out
over the back gardens
of the city
it was summer
…

Unfortunately, I can’t make out the last line, but it’s still lovely. Dream on!

This bit of wall art is over by the Griftpark, somewhere along the Weerdsingel Oz. It’s a lovely area to walk along, with lots of unexpected sights and some pretty views of the canal that essentially served as a moat for the old city. I like how the birds are painted not with feathers, but with urban and landscape designs.

This bit of orange wall art is on Wittevrouwenkade. I think it’s a part of a youth shelter/outreach program there. I did know once upon a time, but to be honest I’ve forgotten the exact details and my GoogleFu doesn’t seem to be too strong today, as I’m not turning up any further information. Regardless, it’s a fun pop of color in a somewhat secluded spot, especially when all the trees are in full leaf, hiding this little corner.

After yesterday’s wall art posting — and after a night of sleeplessness that hasn’t been conducive to much of anything — I’ve decided to do a bit of a theme this week of various bits of wall art around town. This mural of birds on a music staff is on Adelaarstraat, down the street from one of the molen (windmills) in town. I like the clean simplicity of the design, along with the whimsy of it all. 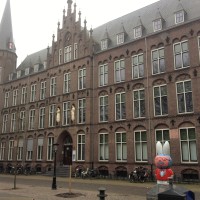