Are you in or near Utrecht? You have until this evening to enjoy some delicious mussels, oysters, wine and beer at the annual Utrechts Mosselfestival on Lucasbolwerk. The weather has cooperated so far and we got to stop by for a brief period today to see the official opening while devouring the mussels and enjoying a beer from local brewery De Leckere.

As well as the food and drink, which can be enjoyed sitting on any of the terraces of the four organizing cafés and restaurants, there are two springkussen (bouncy castles) for kids, and there has been singing from a local men’s choir. The official opening was brief, but included an “ode” to mussels and Utrecht, from what I picked out. Unfortunately, I missed the name of the gentleman who wrote/performed it.

As for the men’s choir, the 30 members perform under the name Tusken Waat en Wild. They performed a mix of Dutch and English language classics, ranging from Utereg M’n Stadsie to Let It Be.

However, my favorite was probably their rendition of Oh! Susanna. That’s such an American classic, one which lots of Americans probably grow up singing, so there’s something wonderfully charming and funny hearing it being sung at a mussels festival in Utrecht.

The festival continues to grow each year. The tents for the food and drink were bigger and fancier and there were two springkussen instead of one as in past years. The food and drink remains consistently good each year, so it’s a pleasure to see this neighborhood event succeed. If you can’t make it this year, plan on attending next year! Dogs and children welcome. 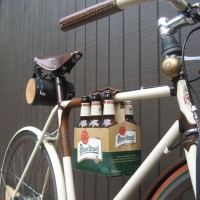