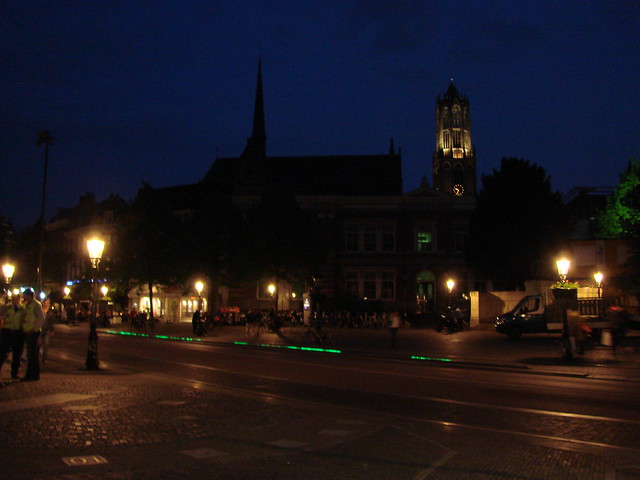 Having completed Project 365, I think my new photo project for this year will be a daily photo of Utrecht. The catch is that I mean I will post a photo of the city here on my blog every day, not that I will take a photo of the city every day. I know just from last year that that’s just not realistic. However, I do tend to take a lot of photos at a time when I specifically head out to photograph the city, so the extras should carry me over on the days I’m not inclined to head outdoors for whatever reason. Of course, I figure this is also a good excuse to head out to areas I haven’t visited as often.

Today’s photo was taken today, and carries over from yesterday’s Domtoren shot. The fog from yesterday disappeared — perhaps burnt off by all the fireworks last night — and we’ve had a day of sunshine and blue skies contrasted against sunshine and dark clouds. It’s one of those classic Dutch skies where there’s a bit of everything all at once. I’ve photographed them before and couldn’t resist some of the shots today. I went with this shot, since I figured it was good to start the year off — and a new project — with the Domtoren in some form. After all, this is a series of photos of Utrecht, and the Domtoren is Utrecht’s most recognizable symbol. 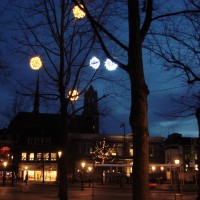 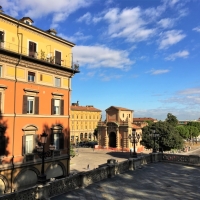