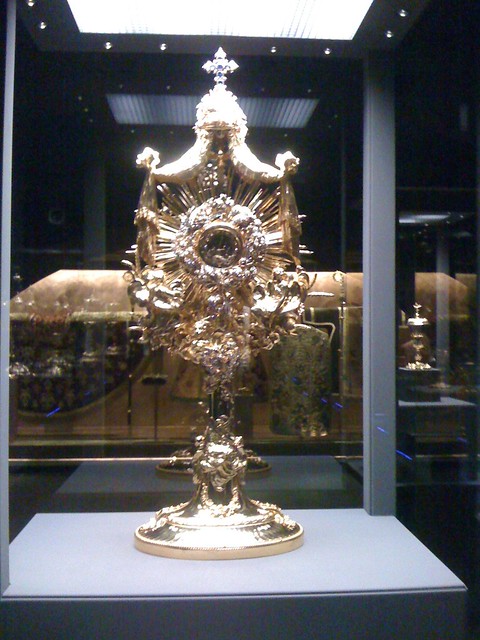 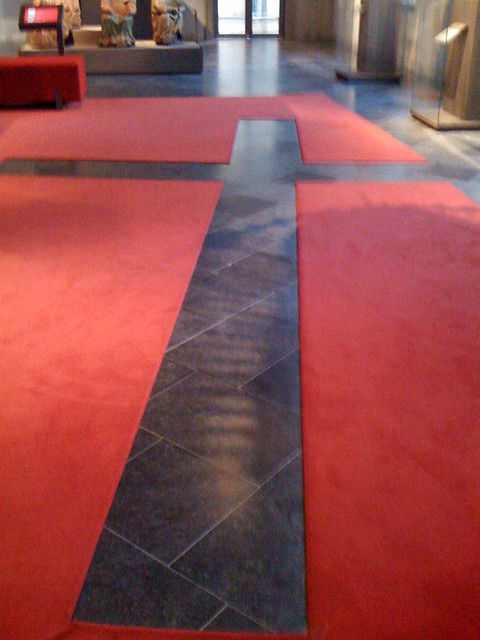 The day started off misty and ended up hazy. Although I suspect that the haze is the physical manifestation of the stench of cow manure that is overwhelming the city today. It’s not a completely uncommon scent, but it seems particularly strong today, making it impossible to keep doors or windows open.

I went to the Catharijne Convent Museum today to see their new exhibit Thuis in de Bijbel (at home in the Bible) and considering the number of cows represented in many of the paintings, if they’d had a window open, it could have been a surround-smell experience. Actually, the cows were some of my favorite bits of many of the paintings. One painting, in particular, caught my eye. God verschijnt aan Abraham in Sichem (God appears to Abraham at Shechem) by Claes Moeyaert has some lovely big cows, but there’s also a man (wearing green, next to the man in red) directly behind Abraham who stood out to me. Sadly, I can’t find a version large enough to show why the figure drew my eye, but there was something in the depiction that looked so realistic and contemporary almost, more so than any of the other figures. And then the irreverent part of me kicked in and I found myself laughing as I realized it looked a bit like he was “photobombing” Abraham.

Ahem, anyway …
As soon as I walked outside after my tour through the museum, the smell hit me once again. The cool breeze was nice, as the museum had been quite warm, but the smell made me disinclined to linger along the Nieuwegracht. I did stop to take these photos, though, although the actual haze of the day isn’t as evident in the photos. But I still loved seeing the Domtoren rising up over the rooftops, a little soft around the edges, and one of the transepts of the cathedral looking large against the other buildings, but small next to the tower.