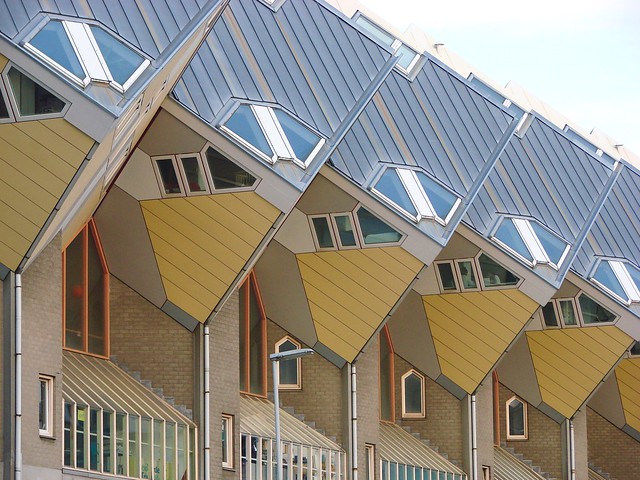 As mentioned previously, while some friends were visiting last month, we took a trip to Rotterdam. There was only one main goal that day — a post still to come — but while we were there, I really wanted to see the Cube Houses.

In Rotterdam, 38 cubes were built, along with two “super cubes”. All of the cubes are attached together. Per the Wikipedia description: “Blom tilted the cube of a conventional house 45 degrees, and rested it upon a hexagon-shaped pylon. His design represents a village within a city, where each house represents a tree, and all the houses together, a forest.” 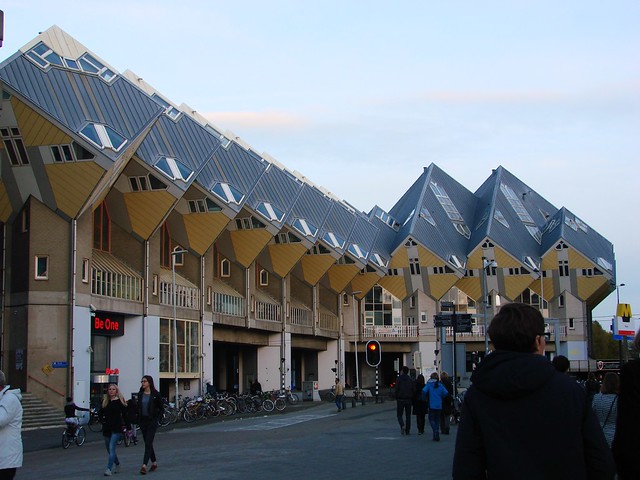 The cubes are used as residences, while the space in the pylons below is used for commercial purposes. The cubes themselves are divided into three levels, with the first floor serving as an open-plan living room and kitchen, the second floor has two bedrooms and a bathroom, and the top floor is sometimes used as a small garden. The walls and windows are angled at 54.7 degrees.

So many people have been curious to see the inside of the cube homes, that one owner converted one of the cubes into a show cube, to give people a feel for how the space is used residentially. Unfortunately, I didn’t have a chance to see it for myself. Next time! 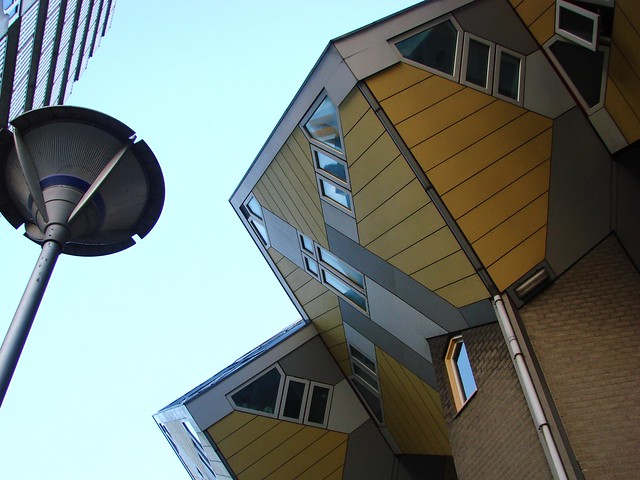 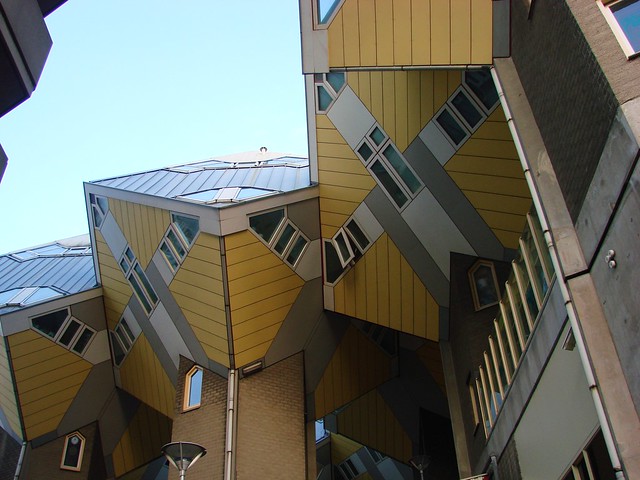 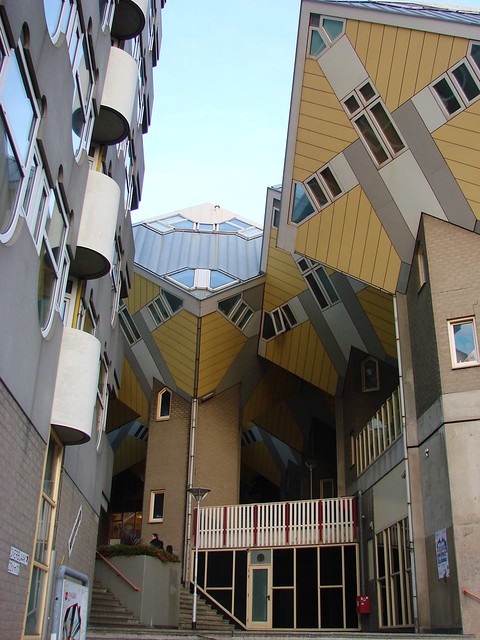 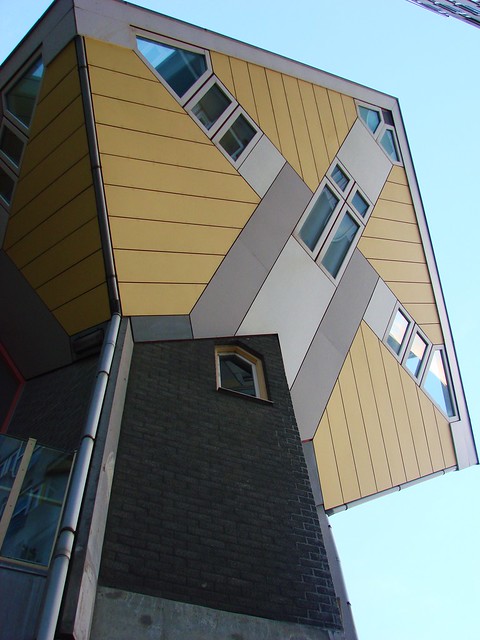 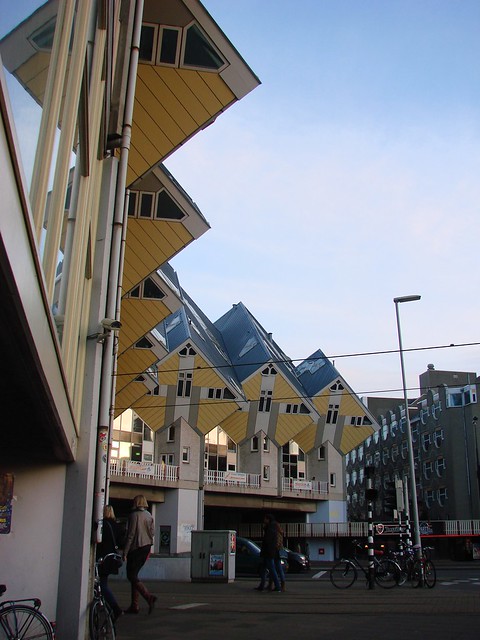 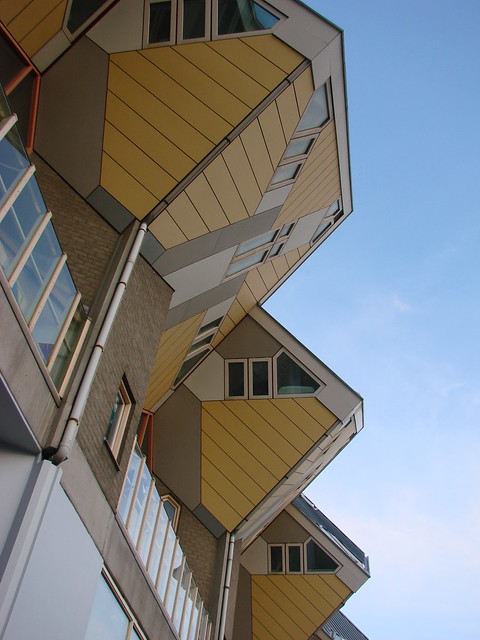 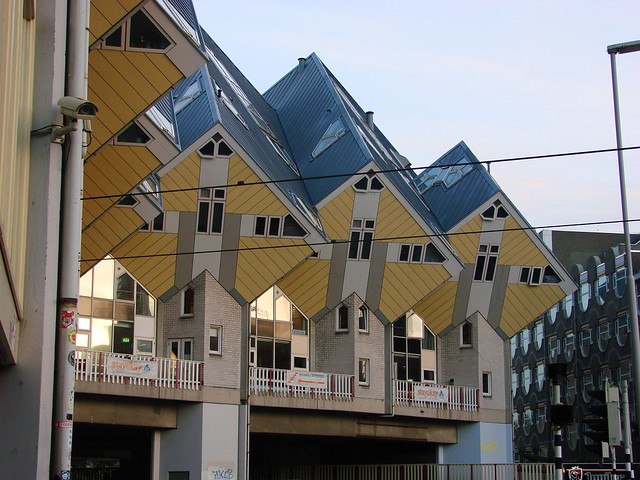 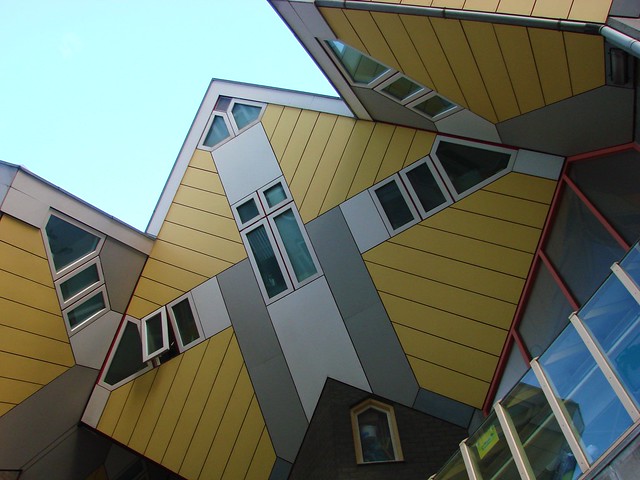